My AOL product chronology is pretty hazy (the emails archived in my old AOL client Personal Filing Cabinet were lost years ago), so I don't remember if AOL Mail at this point still had ActiveX control or if we'd switched to the HTML interface.

However, marking this with "Out of Client" probably means that we'd started segmenting visitors to www.aol.com by client type: In-Client, for anyone using any sort of AOL client, and Out-of-Client, for every other web user using Netscape or Internet Explorer. At a certain point, the OOC view would turn into a huge "Join AOL" ad, with a tiny promo space (which is what the Internet Archive's Wayback Machine would pick up), but not for a while longer.

Oh, and I almost missed this -- either today or around this time, we moved away from the My News branding to My AOL.COM -- I guess it was part of a bigger web customization play? 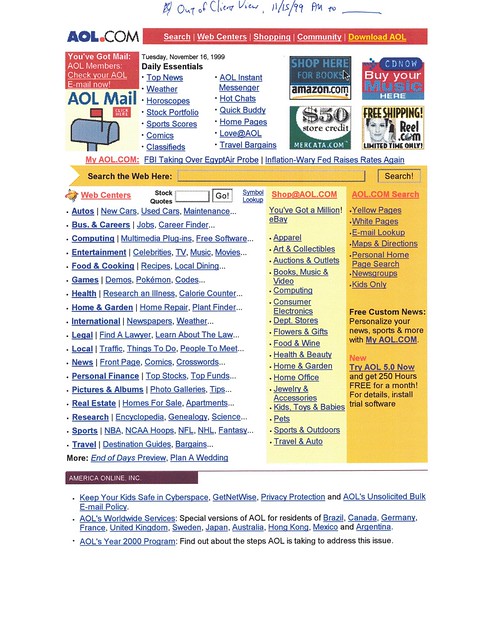 For the PM update, we went with another Holiday Travel promo: 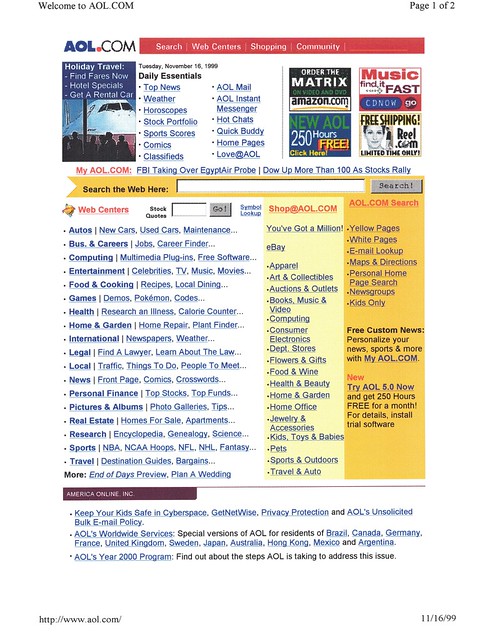 Then, we went with a third promo for an AOL.com Search sweepstakes, featuring a Caribbean cruise prize: 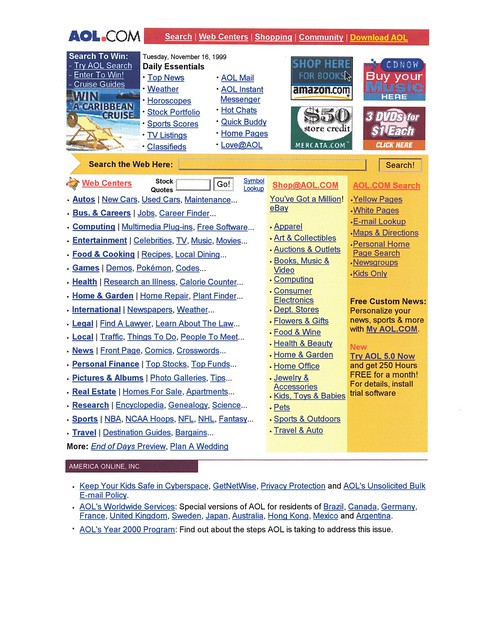