November 15, 1998: The lead graphic promo features My News online crossword puzzles; I remember working with a graphic designer to come up with a crossword puzzle excerpt that was at least not possible (unlike the first version we came up with).

More notably, it looks like I screwed up the dateline, putting October instead of November. I have every reason to believe it wasn't just a preview error, but actually went live. (Not sure if it was caused by reusing a previous promo block and forgetting to change the date, or just a brain fart causing me to forget what month it was.) 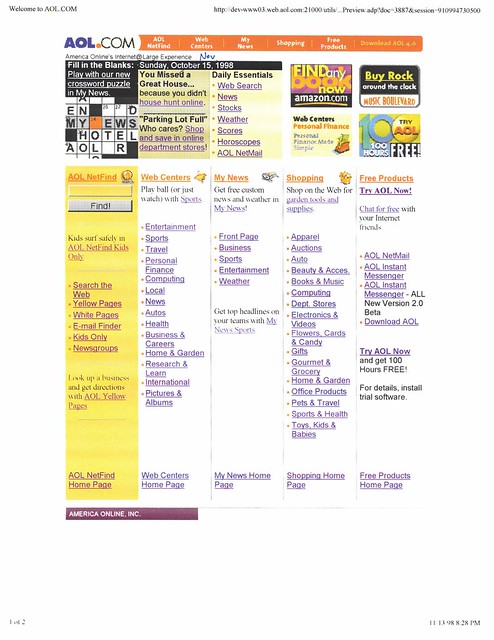 We also did a rare Sunday update; the Clinton administration ordered, then aborted airstrikes against Iraq over tensions involving weapons inspections; as you can see, I updated the existing promo block, including the month error: