The headline of course is a very unsubtle reference to Will Smith's "Gettin' Jiggy Wit It," which had only been out a year at that point.

The other text promos were for the rockin' features of AOL 4.0, as well as a notional mall-hating Santa shopping on the Web. You can see that the top layout is a little off, because the graphic promo's text headline runs to five lines instead of four. We published a mid-day update to fix it: 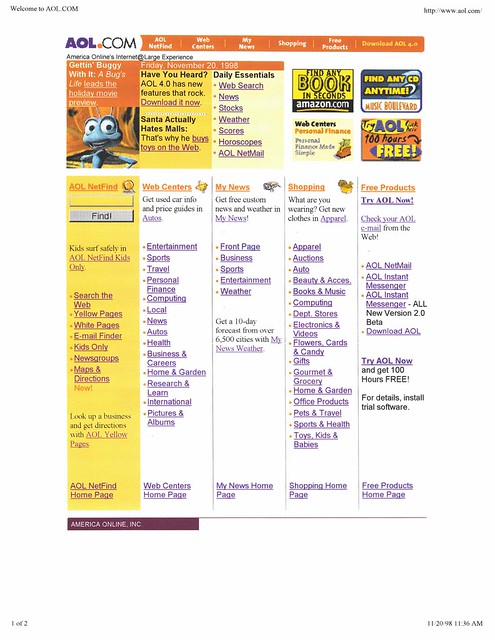 We cut out the article "the," restoring order to the top block. In the right column, you can see a scribble that notes how we finally fixed the duplicative AIM and AIM 2.0 Beta links: 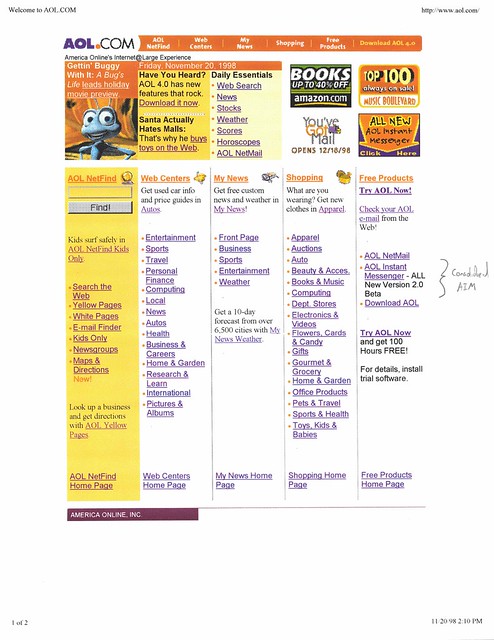