November 2, 1998: Barbra Streisand did her first-ever online appearance in an AOL Live chat, apparently as part of a get-out-the-vote effort for the next day's election. We did an evening content update with a different photo and color block.

An event writeup—with full main stage transcript!—is online. AOL Live events at the time were fully text-only events. They were exclusive to the AOL service; I'd forgotten that they were accessible, or even visible, to the web audience. (Maybe this was a special exception.) Because they were text-only, many people were skeptical if the featured celebrity guest was on the other end of the line. (This was before the Reddit AMA-style proof became a thing.)

Anyway, in auditorium events, everyone could see the chat from the main stage, and you could text chat with the members of your "row" (maybe 10-20 people, I forget). You could submit your comments and questions to the event runners, who'd select questions that the guest would answer for all to see, but other than that, you'd only be interacting with members of your row... which many, many people did not understand. 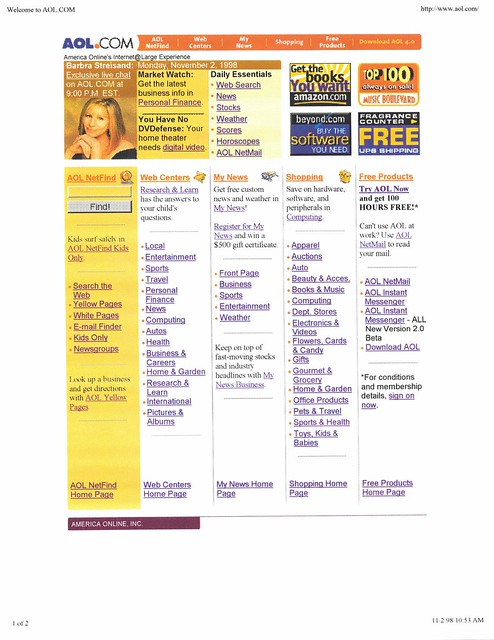 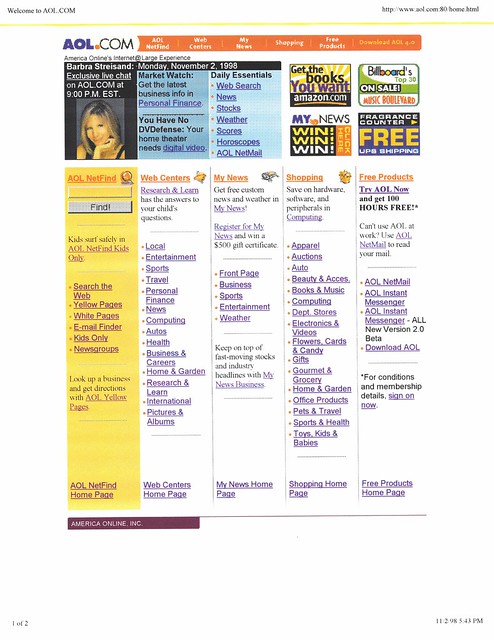