We were pushing hard on the new Maps & Directions feature. I thought it was a partnership with Mapquest, but Wikipedia says Mapquest didn't become Mapquest until 1999, so perhaps it was with the proto-Mapquest.

For the graphic promo, we used a segment of an actual Maps & Directions map with "you are here" artfully (*cough*) superimposed. I did a few seconds of research and the intersection is East Hillsdale Boulevard and the 101 in San Mateo.

I don't think the location had any particular significance or hidden meaning, outside having a cloverleaf intersection and a bit of water for color: 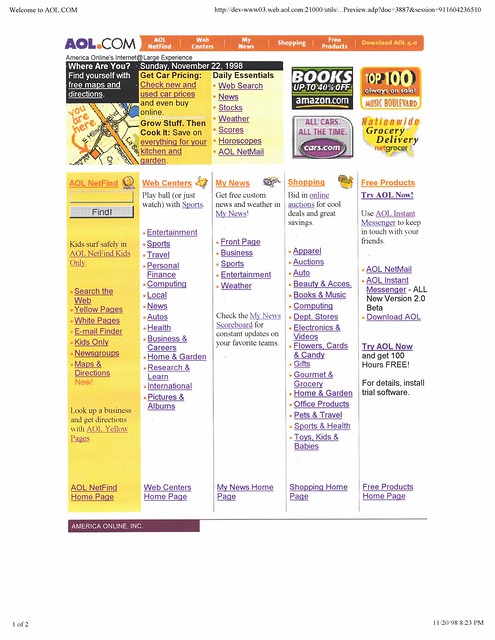