November 7, 1998: The lead promo featured a dressed-up Donna Summer reference in the service of a Personal Finance quiz, but the better headline was in the next text promo, "Glenn Down, Newt Out"—as in John Glenn returning from his second space flight and Newt Gingrich stepping down as Speaker.

The second text promo also features a John Glenn tie-in, since it promoted the Tom Wolfe book, A Man in Full, using a reference to his earlier work on the space race that featured Glenn as one of the Mercury Seven. 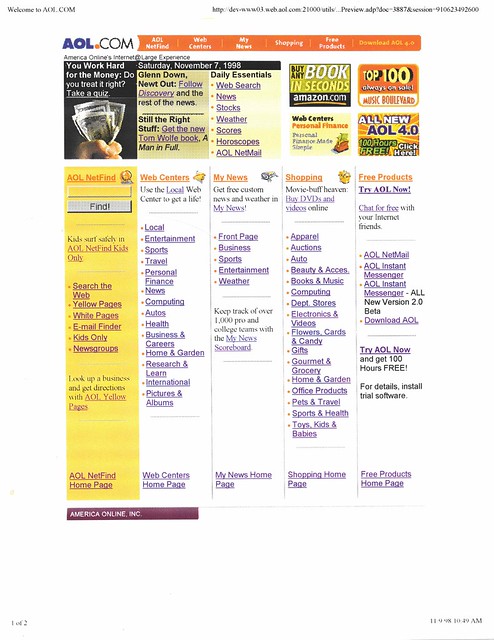