May 6, 1999: Nothing too distinctive about the morning lineup; we went with a funny retro stock photo for Mother's Day gifts, along with free classifieds and online music buying; the My News headline refers to NATO airstrikes on fuel depots in Yugoslavia: 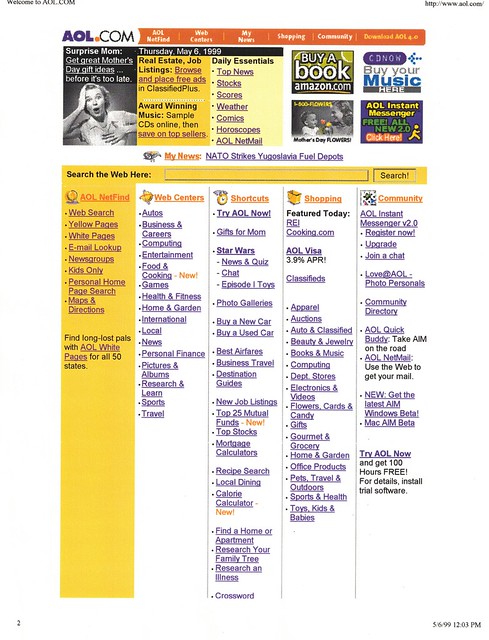 For the PM update, we led with Hometown AOL... er, make that AOL Hometown. I just realized looking back that the last time we did a lead promo for AOL's home pages product was the very end of February, and that it was still called "Hometown AOL." It was also listed in the right hand Community column, though we removed it on March 8, presumably to retool and rename it to put the "AOL" up front, in line with the rest of the brand products: 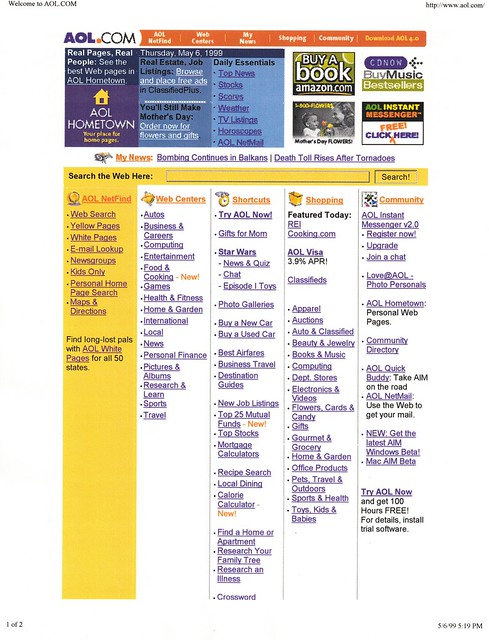