May 10, 1999: For Monday morning, we went with an ugly brown Business Travel Travel promo; the "Are You Business Class?" headline is obviously (to me) a Swingers reference.

There isn't much to say about the first auctions promo, but the second "Stand Against Violence" promo is one you'll see a lot of in the upcoming weeks; it's about the PACT pledge, which some sort of pledge against violence (maybe coming from the Clinton White House?) in response to the Columbine shooting. It was clearly super effective, because we haven't had any shootings like Columbine since, and I can't find any hint of the PACT pledge anywhere online: 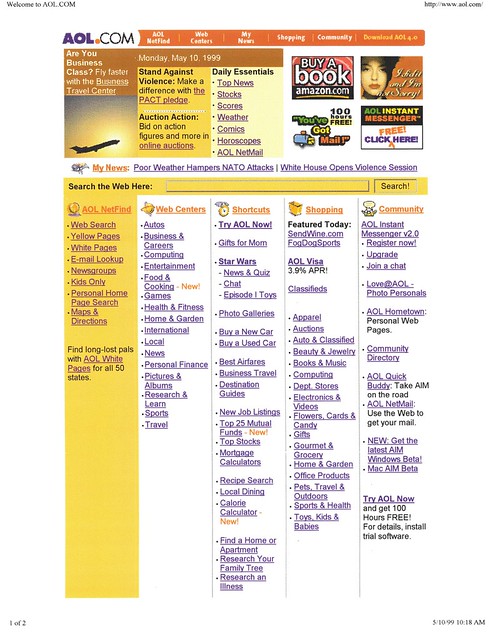 For the PM update, we leaned into AOL Hometown again (making up for lost time, I guess); the My News headlines feature Yugoslavia announcing a pullback from Kosovo, as well as story about President Clinton seeking to end youth violence (hence the question about the White House involvement in the PACT Pledge above): 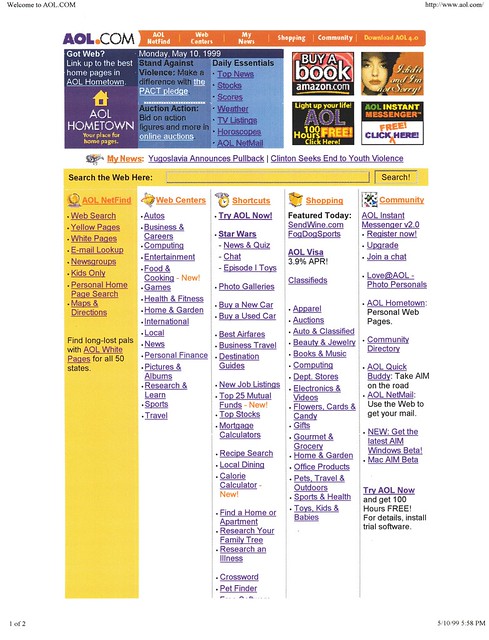