May 20, 1999: We entered a world no longer innocent of the knowledge of Jar-Jar Binks and midichlorians after the mid-week opening of Star Wars: Episode 1. For the other lead promos, we had AOL Hometown and the Phantom Menace PC game, while the My News headline references the Conyers, Georgia school shooting that wounded six, a month after Columbine: 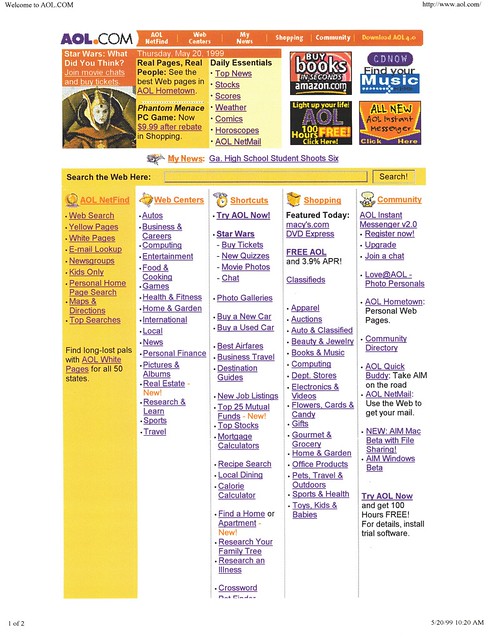 For a mid-morning update, we put the PACT Pledge back into the top text promo, because clearly we weren't petitioning hard enough to stop school shootings. 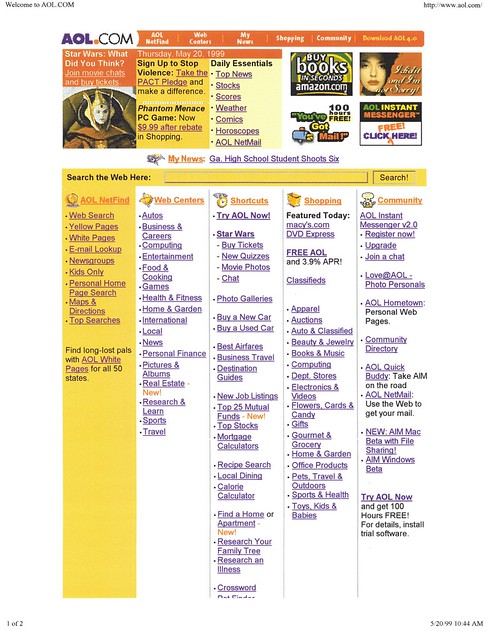 For the PM update, we updated the lead promo with a pic from the Conyers shooting: 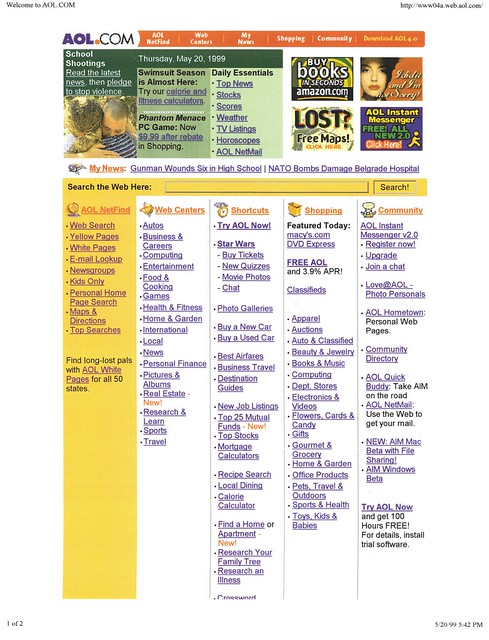