May 12, 1999: Star Wars Episode I: A Phantom Menace was set to open the following week, so we were promoting advance ticket sales (which were still kind of a new thing back then). We started with a pic of Jake Lloyd as young Anakin. The PACT Pledge continues in the top text promo, and in no way could the "Do It Digitally" headline be construed as a double entendre, nossir: 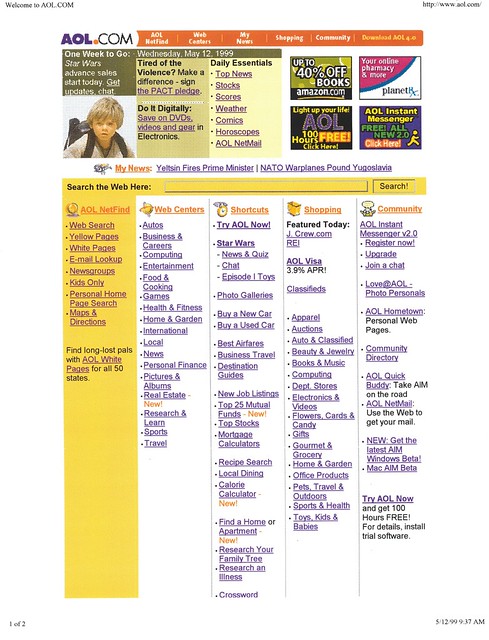 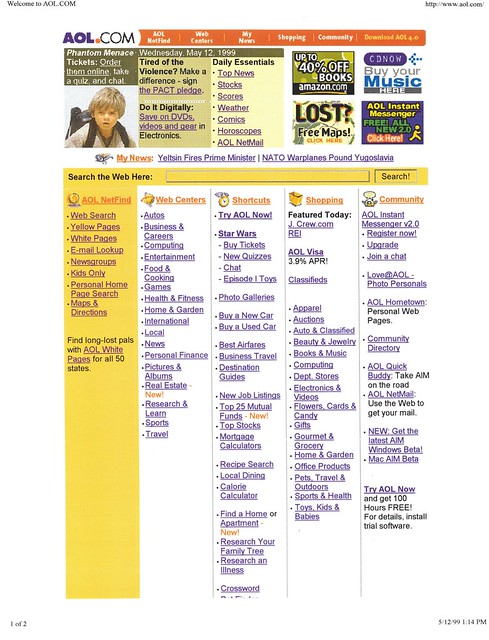 For the PM update, we switched to a photo of Jedi duo Ewan McGregor and Liam Neeson; in the headlines, we see Treasury Secretary Robert Rubin announcing his resignation: 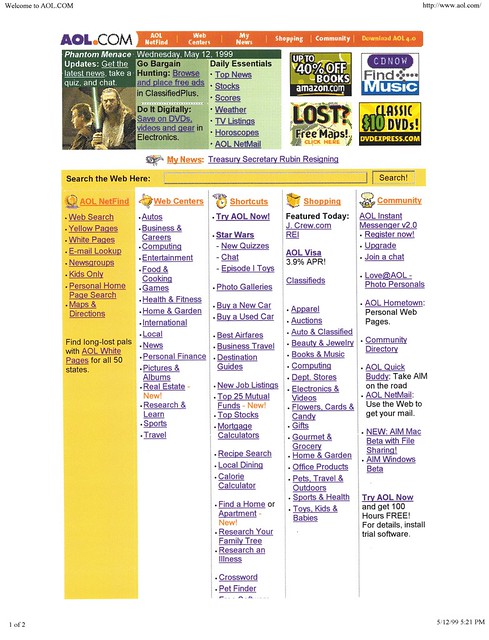