So I finally posted my pics from my cultural excursion on Presidents Day.

Here's the Flickr set: Sculpture, Dada and More Sculpture. I have to admit, I did a half-assed job on the captions.

I ditched the car and metroed in to the Smithsonian stop, cut across the Mall and headed through the National Gallery of Art Sculpture Garden. It was a beautiful cloudless day -- the sky was very blue. 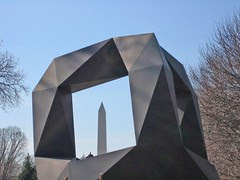 I didn't have time to dally, since I didn't get there until about 2pm, so I headed over to the National Gallery of Art East Building: 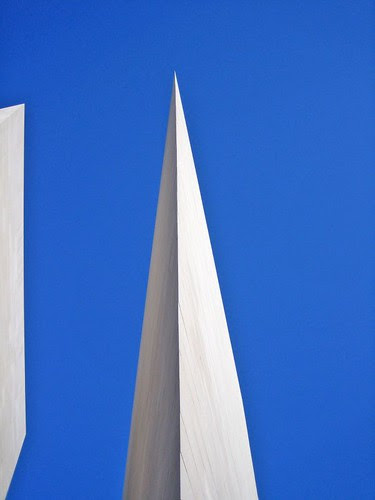 I like the East Building; it's filled with interesting angles and leading lines -- it's a very interesting space. Although I hear that like many I.M. Pei buildings, it's a lot better to look at than to work in.

After passing through the lobby, I headed up to the Dada exhibition. It wasn't really crowded.

Now, it was a "no photography" dealio, so I was civilly disobedient and got a bunch of furtive shots, which explains the poor composition, bad angles, blurriness and generally poor photography: 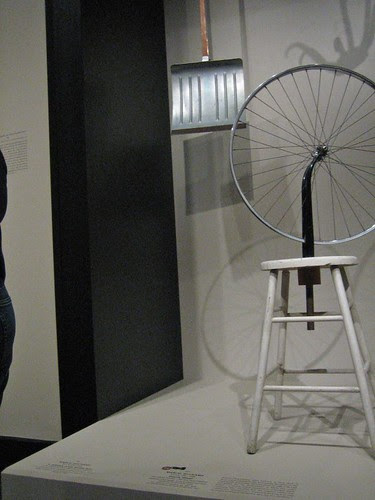 There was a woman wearing a moustache, presumably to get in the spirit of things. Unfortunately, I didn't get a photo of her.

One of my favorite spots in the East Building is the top of the tower stairs. I couldn't get a clean shot looking down, so I looked up: 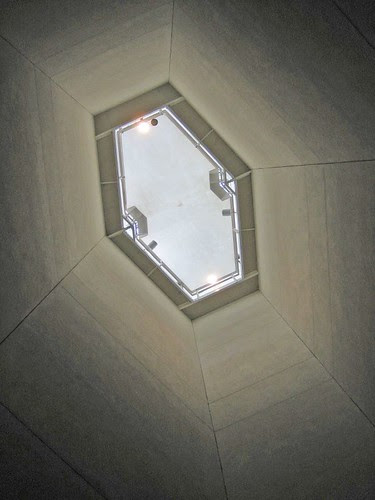 This pic has been treated pretty heavily to bring out the walls, but I kind of like it.

Anyway, there are a few interesting pics in the bunch. As noted before, I also like watching how other observers interact with the art and the space: 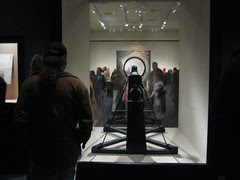 After Dada, I checked out a few more pieces: With time running short, I went over to the Hirshhorn Museum. There were some interesting pieces, especially Hiroshi Sugimoto, but I'm not going to recreate my Flickr set here. 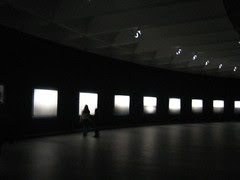 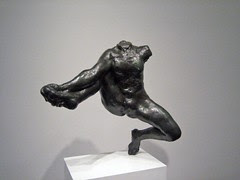 Mustn't forget my favorite scuplture at the Hirshhorn; it's
Sculptural Construction of Noise and Speed, by Giacomo Balla. 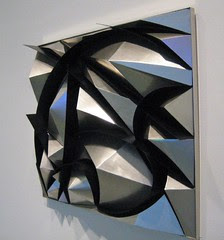 Anyway, that's about it. (Oh, and I bought a salt and pepper shaker set in the gift shop, I still need to take a picture of them.) As I was walking back, I had a nice shot of the sunset -- the Smithsonian castle, the Washington Monument, contrails and clouds criss-crossing over the sun... but then my battery died and I didn't have a spare.