I'm perpetually in catchup mode. It's supposed to be what Sundays are for, but lately I haven't even been able to get through the A-Section of the Post. I wasn't able to do it today, and that's even with my cable and broadband connection being out for most of the afternoon and evening (remember kids, there's still a reason to hang on to a landline, even in these enlightened times... ).

Oh, and thank you Comcast -- it's not like there was an NCAA Tournament going on or anything.

Friday and Saturday were pretty active for me last week, as contrasted to this weekend which was pretty much a non-starter (well, except for that whole St. Patrick's Day thing. Maybe because of it).

Friday was yet another turn at Clare and Don's Beach Shack in Arlington; you can see my Flickr set, which I have not yet had a chance to label. Suffice it to say, there were shots: 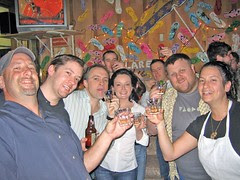 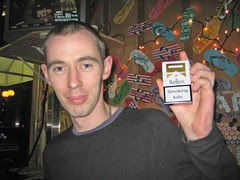 And I can't complete the "s" alliteration. However, there was Nude Male Photo Hunt: 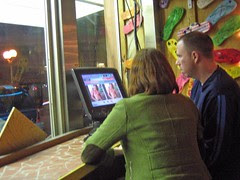 I also got my photo of the big Irish Breakfast that I mentioned last time: 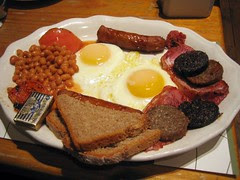 There are also a few pics of Adam with stuff on his face.

The Irish won that game. They also won this weekend's game against the English -- it was by all accounts, quite exciting, with a last-minute score to put them over the top. I think I was reaching for my first cup of coffee by then.

I then hoofed it over to Dupont Circle for the running of the first-ever DC Idiotarod; I was a mere spectator -- I took photos and still managed to wear the completely the wrong shoes for it; I will do descriptions and a full blog entry about it later on, since it's, like, late now: 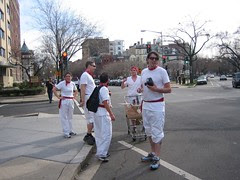 I also still have to treat and post the pics from the Shamrockfest afterparty (also that same night), then eventually post my pics from the Beth Orton show on Tuesday and the DC blogger meetup on Wednesday, and of course St. Patrick's Day on Friday.

Whew. If you didn't know better, it might seem like I actually do stuff. It was an atypically busy week, though.

I was surfing the net for 'Platonic friends' and I came upon your web site. Yes you r right, my best friend of ten years hit on me and he was drunk.

I must say I found your foolproof guide to making any woman your platonic friend was bloody amusing.

Kudos. keep up the excellent work.