October 5, 1999: We lead with a pretty generic travel deals block (check out that teeny laptop); the My News headlines reference a London train crash that killed 8 -- the ultimate death toll was 31, with 258 injured: 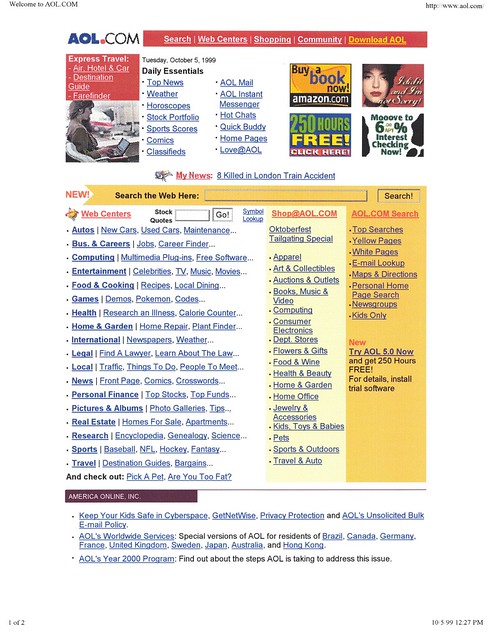 For the PM update, we went back to TV premieres, with the Season 4 premiere of Buffy the Vampire Slayer: 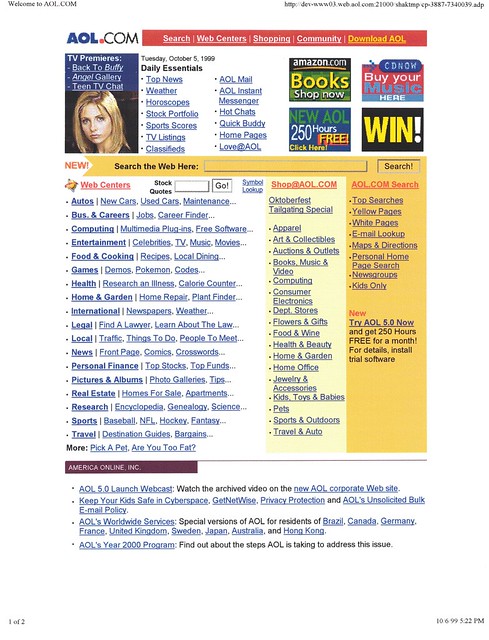