October 13, 1999: We started the morning with the usual Travel Airfare bargains, though as you see in the My News headlines, Pakistan was still dealing with the previous day's military coup, then... 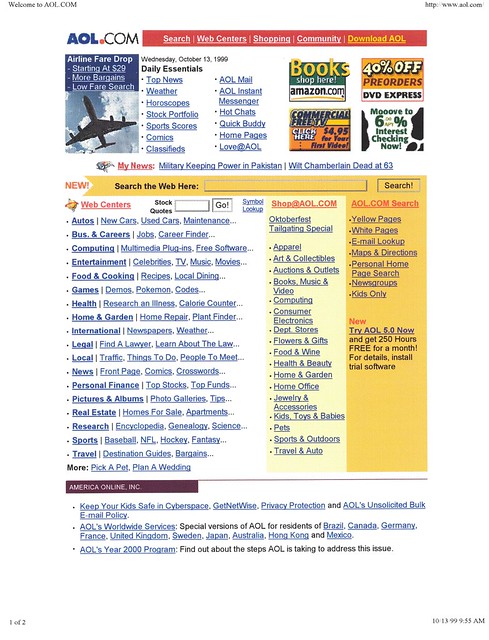 ...for the PM update, we switched to a package on Wilt Chamberlain, who died at 63. Also, we see a headline about the US Senate rejecting the Comprehensive Test Ban Treaty: 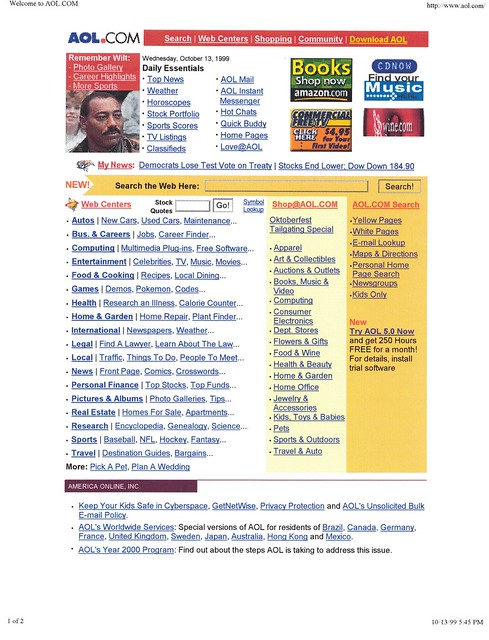