October 12, 1999: We started out with investing resources and personal finance news, fitting the bubble times we were in.

Also note the ad for "iParty.com" in the ad block; it was an online party supplies store. It would later be bought out by Party City: 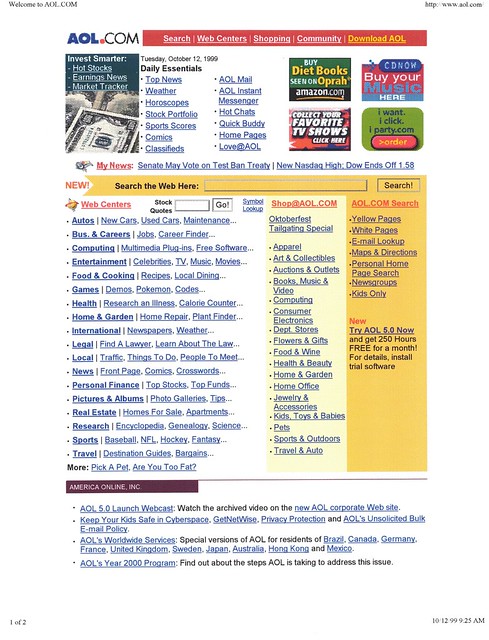 For the PM update, we went back to the Build Your Own Home Page promo, in blue once again. In the My News headline, we learn about the 1999 Pakistan coup: 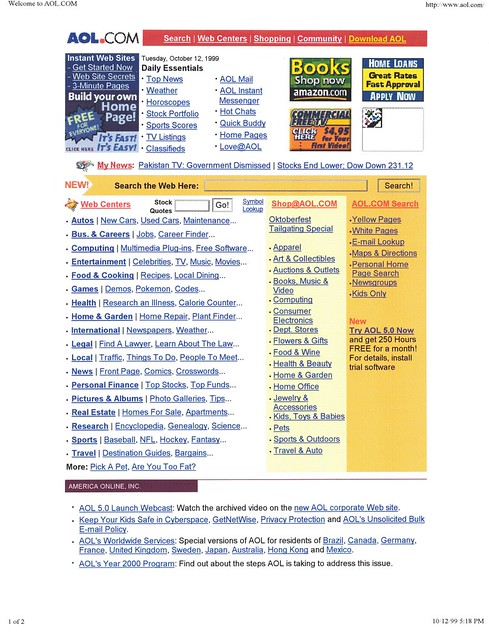