October 29, 1999: For the Friday before Halloween (which was Sunday), we started off with a generic Halloween promo; we also see a Republican presidential debate in New Hampshire: 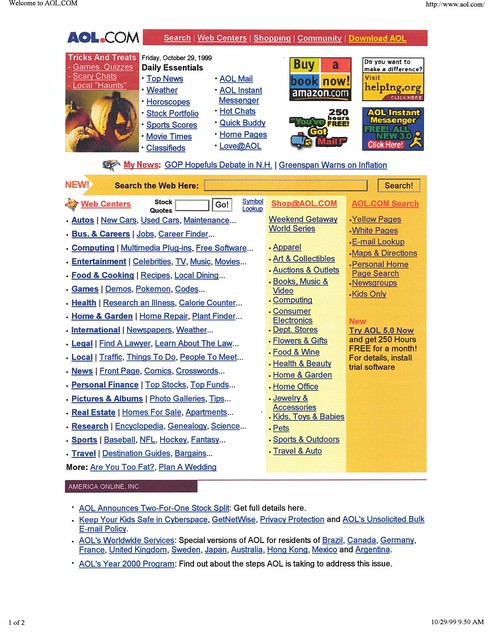 For the PM update, we went with a photo of Famke Janssen from the 1999 version of House on Haunted Hill; also, we see that the Dow ended up, with the Nasdaq hitting a new high: 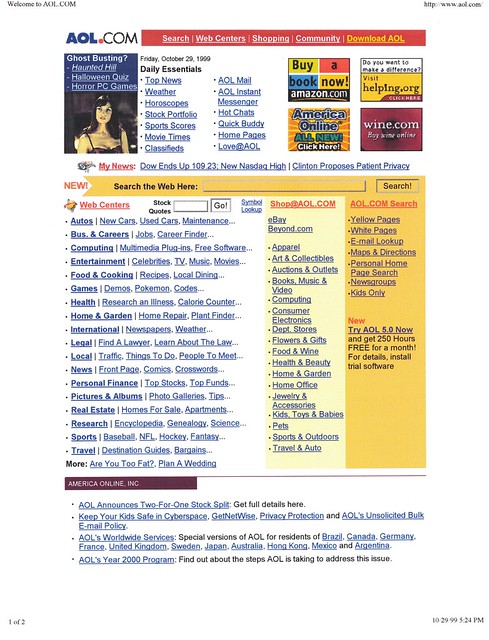