October 15, 1999: For the Fight Club opening, we went with a photo of Brad Pitt, in the least Fight Club photo imaginable. In the My News headlines, we see that Médecins Sans Frontières (Doctors Without Borders) won the 1999 Nobel Peace Prize: 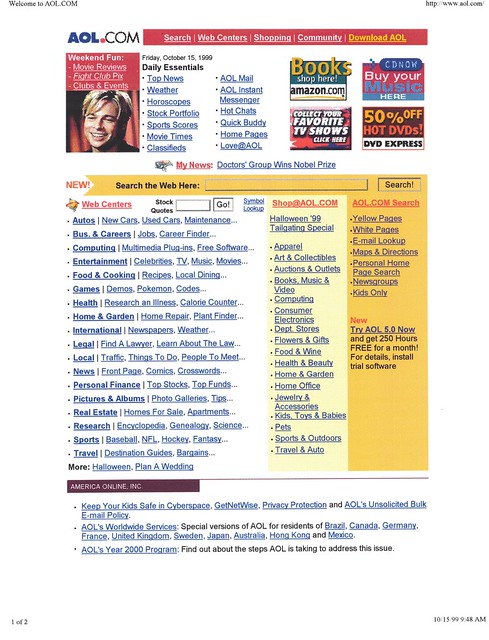 For the PM update, we featured the return of Lara Croft in Tomb Raider: The Last Revelation: 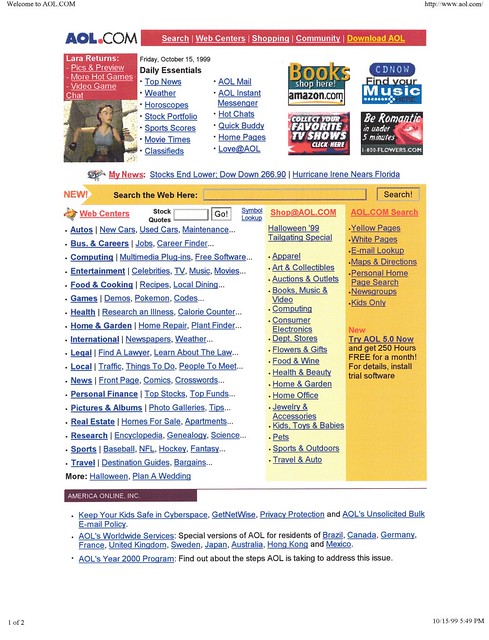