October 21, 1999: We started the day with the usual, Travel bargains and airfare sales: 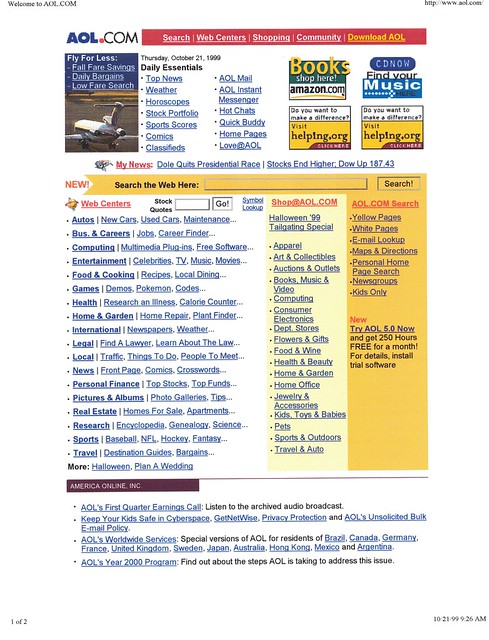 For the PM update, we went with something decided out of the ordinary -- the big news story was the recovery of a Woolly mammoth from Siberia.

Of course, there was another story involving Russia and the former Soviet Union: a Russian ballistic missile attack on Grozny. That one would rate a few My News text headlines, but not more than that.

You can also see a three-item helping.org ad jackpot in the ad block: 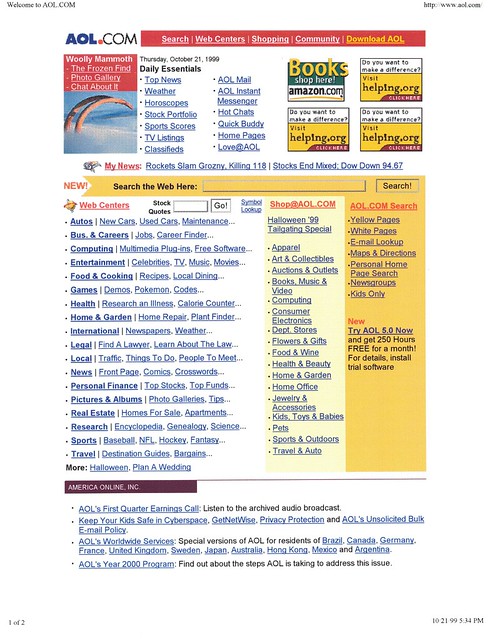