... So Here's a Traffic Cone Wearing a Dust Mask

Following up on my April DC Blogger Meetup followup, here are a few more photos from the Metro ride back.

First, the titular photo -- a traffic cone, covering some broken tiles on the Gallery Place Metro platform. For unknown reasons, the traffic cone is wearing a dust mask: 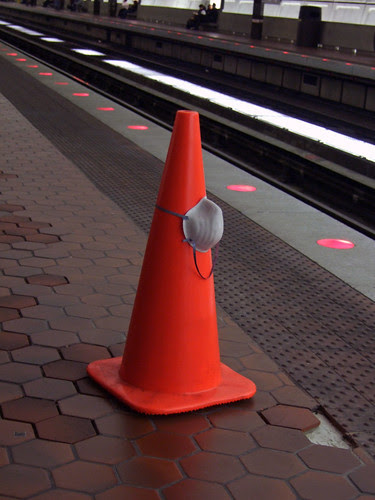 The oddness of it reminded me of Oolong, the rabbit with a pancake on its head, so I made up an image macro version, which I'll probably never use: 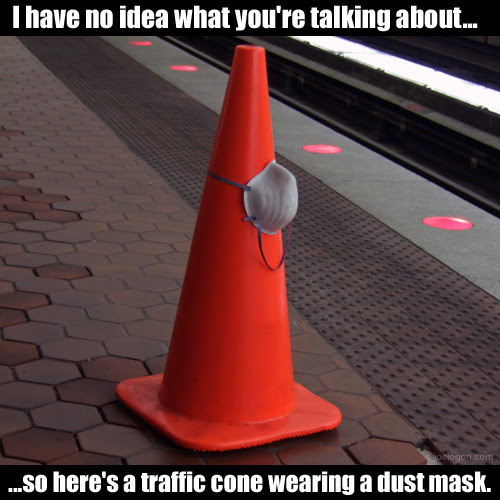 "I have no idea what you're talking about... so here's a traffic cone wearing a dust mask."
Another shot from Gallery Place: 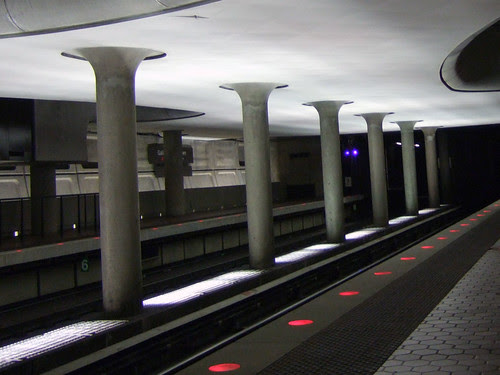 Lit pillars and red platform lights.
The larger version has nice curving lines above the platform, too.

There was some work being done at Metro Center: 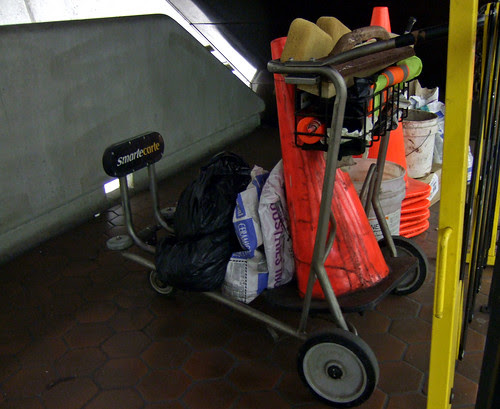 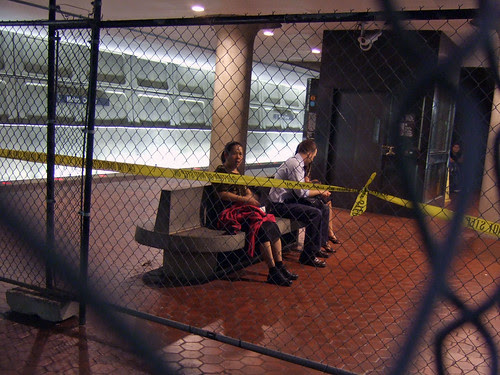 Through the fence.
On the Metro itself, there was a key sitting on the floor, and an orange on the ceiling: 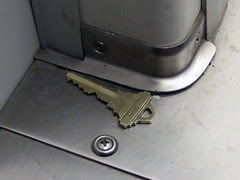 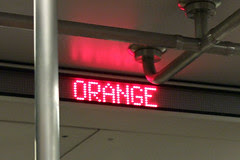 At Clarendon Metro, one of the elevators was out of order, its innards revealed to the world: 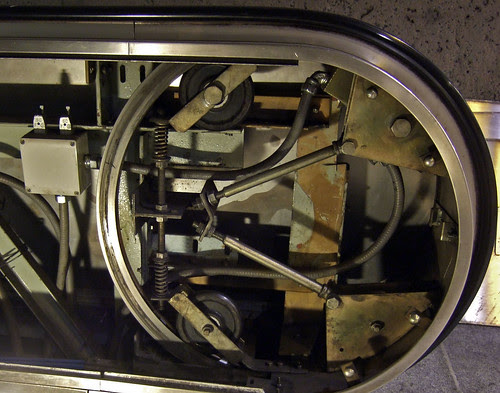 Lastly, here's a colorful valve assembly in the window of the tanning place on Clarendon Boulevard -- I've passed it lots of times but never snapped it: 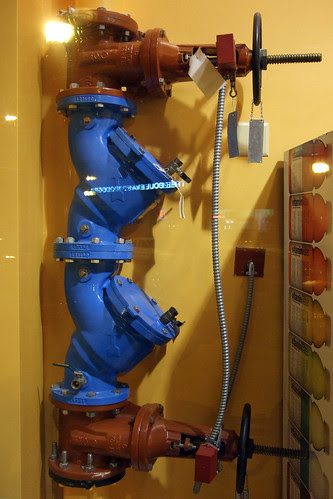 Nice photos. I'm fixated on the escalator one for some reason.

Just keep your hand away from the moving parts and everything will be fine.

I dig the cone wearing a dust mask. Time to go pwn some newbs with that since the pancake bunny is so cliche.

the blue part looks like a statue from the easter islands....