Social Roundup: Getting Lucky at a Fark Party and More

Looking back, I had a pretty active latter half of the week.

Saturday was a DC-ish Fark party, at Carpool in Ballston. I am happy to say that I got lucky and scored in a big way, snagging a prime, um, parking space in the Carpool parking lot.

In all my years down here, I think that's the first time that's happened.

It was a good meet; we had a spot at the bar, and it was busy but not too crowded. It was a smaller meet, but there were some new folks.

It was not a sausagefest.
Also: 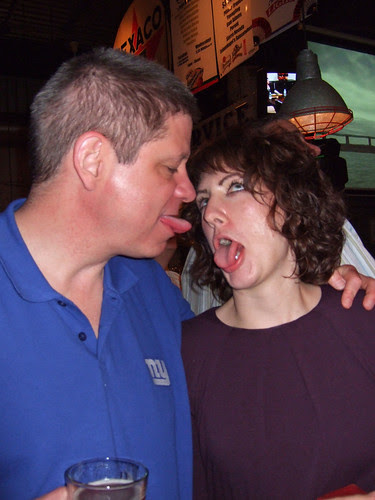 I'm not sure what Chris and Jess are trying to do here, but whatever it is, you're doing it wrong.
It started out pretty warm, but then it got cold. I don't remember when I left, but I'm pretty sure no one got stuck with a huge bill this time.

Friday, I met up with the Gel-Man, who was in town for some training: 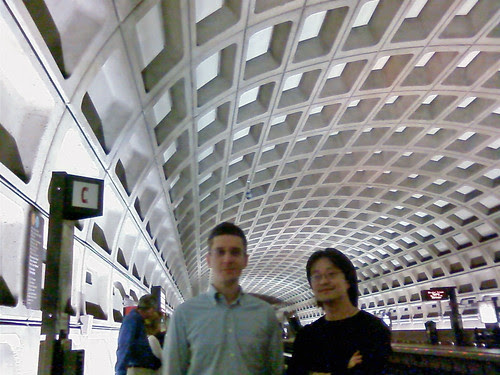 Obligatory Metro shot. I didn't bring my camera, so had to settle for the cameraphone.
We met at Mackey's, then moved to Lucky Bar for a bit. I guess I just can't hang with the youngsters any more, since we took off as it was starting to pick up. (Then again, I had been drinking -- moderately -- since 5pm.)

On previous trips, I hadn't noticed the strong odor of empanadas permeating the bar from Julia's next door. It was slightly irritating, since I'd just eaten at Mackey's and wasn't at all hungry.

There was also an interesting-looking building demolition nearby -- K or L street, around 17th. It made me wish again that I'd brought my camera: 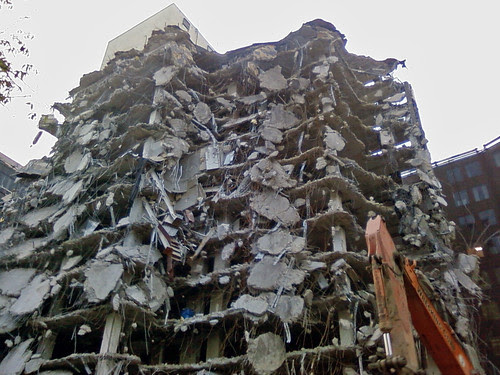 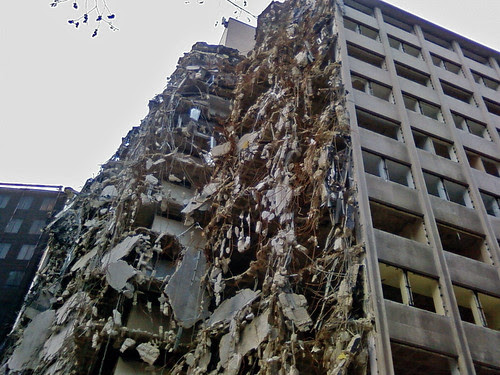 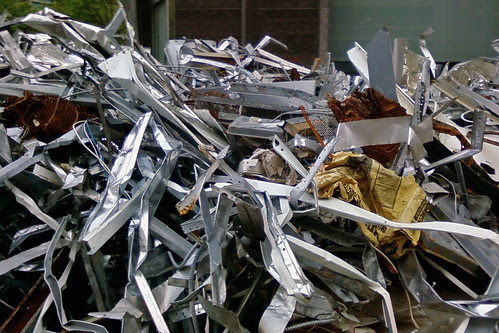 Pile of scrap metal debris.
Passing it again at night, there was an interesting scene with the work site lights going through mist from the rain and spray from a hose, but that picture didn't come out.

Thursday was all over the place. I got out of work about 3:30pm and needed to grab a bite and kill some time before a Social Media Club DC event in Falls Church, so I stopped by Clare and Don's Beach Shack.

I'd planned on eating, then moving to Stacy's Coffee Parlor to mess around online (I haven't been yet, but it's next to the CD Cellar), but then David told me that the Beach Shack has wi-fi. And the signal is perfectly fine from the patio seating. And it was about 70 degrees out. Score.

I anticipate I'll be there more often. Unlike some others I could mention.

The Social Media Club DC event was just down the road at Viget. Here's Aaron streaming video of audience comments with his Mac's iSight: 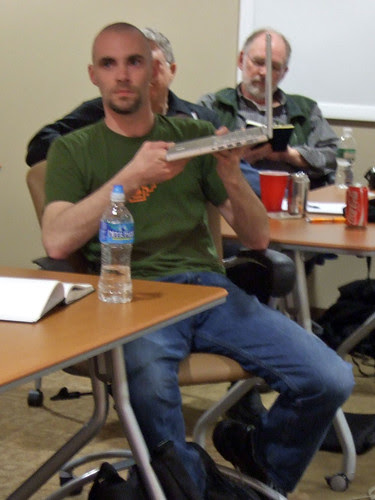 After the discussion, I hung out for a bit, then went back to the Beach Shack, since I'd convinced the Captain to come out. Here, he shares a big Guinness with Rebecca: 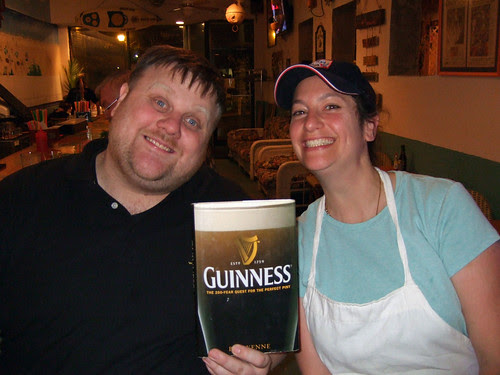 Guinness, now served in handy book form.
After that, it was off to the tail-end of a pre-season kickball happy hour at Carpool back in Herndon: 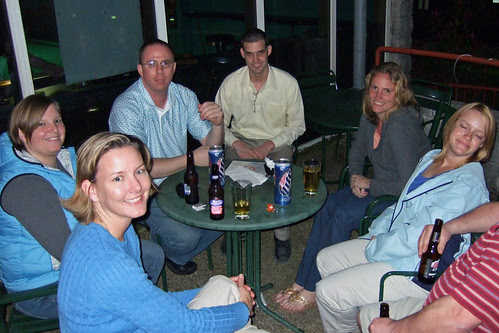 This season, we're trying out the Fairfax Athletics league instead of WAKA, so we'll see how that goes.

Wednesday was the Washington Psychotronic Film Society's showing of Kentucky Fried Movie at its new location at the (new) Old Arlington Grill restaurant at the Arlington Cinema Drafthouse. It's a little space just off (and before) the ticket booth.

I got there about quarter to 9, which means I missed a few of the opening sketches, but arrived just in time for Catholic High School Girls in Trouble. Here's a cameraphone photo I snuck: 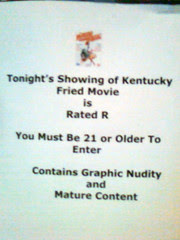 If you must, Metacafe has the Catholic High School Girls in Trouble clip [NSFW]
The movie ended about 10pm, so I decided to head over to Galaxy Hut. Driving down Clarendon Boulevard, I saw a striking young woman wearing a very trendy black and white trench coat-ish jacket, and I said, "Hey, this looks like someone I'd like to know." But it was just Jenny. I yelled at her through the car window to meet me at the Hut for a drink. (I'm persuasive that way, and the fact that it's on the way home doesn't hurt.)

The patio is also open for the season, and the Patio Clown is waiting for you: 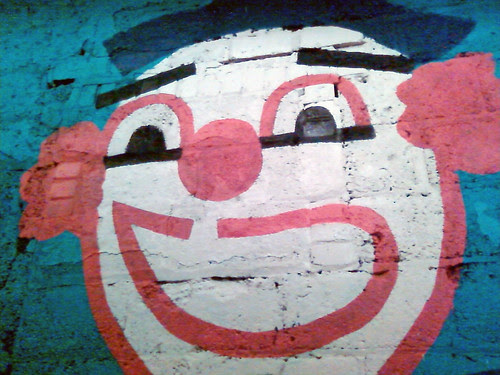 I also hadn't realized that the Hut acquired the silo from Dr. Dremos -- it's at the end of the patio. That makes me happy -- I like the silo.

Anyway, that was last week. I still have to talk about Hirshhorn After Hours, the Mike Doughty show and a few other things. But that will have to wait.

I added you to the random selection of DC people in my random blogroll. Nice seeing you again.

Aaron -- good to see you again, too. Presumably, I'll see you at PodCampDC, too.

Thanks for coming to SMC! Hope to see you again...man, you are all over the place! :)