As part of my ongoing campaign to social network around the DC tech scene (not to mention social freeload and social mooch), I went to the launch party for Nick O'Neill's Social Times at 1223 in DC this past Thursday. (I'd seen the listing on Ross Karchner's very useful DC Tech Events site.)

I'm not the clubbing type, so the only time I get to 1223 is for launch parties and tech networking events. I highly encourage the practice.

Since I'd met Nick at BarCamp DC, I wasn't being a complete party crasher, and I did run into several familiar faces, including a few of my former AOL cow-orkers: 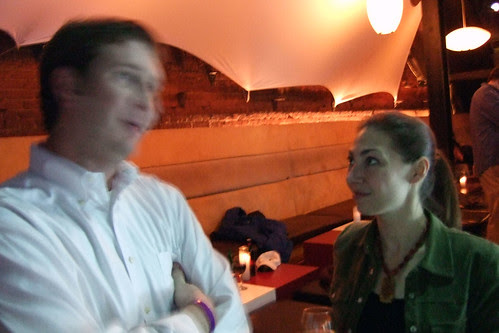 AOL and Revolution alum Tim O'Shaughnessy of Hungry Machine and Jen Consalvo of My AOL.
Among the night's sponsors whose displays I stopped by were widget-maker Clearspring and personal activity matching service WhyGoSolo: 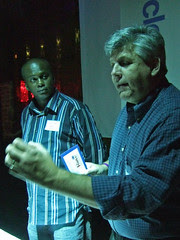 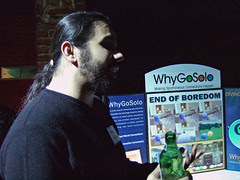 I also ran into Joseph Price, whose social media-centered play I'd seen at the Fringe Festival, and a bunch of other folks.

After the well went dry, a few of us decamped for a bite at the Daily Grill: 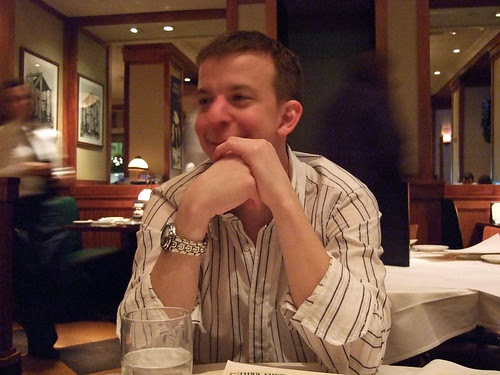 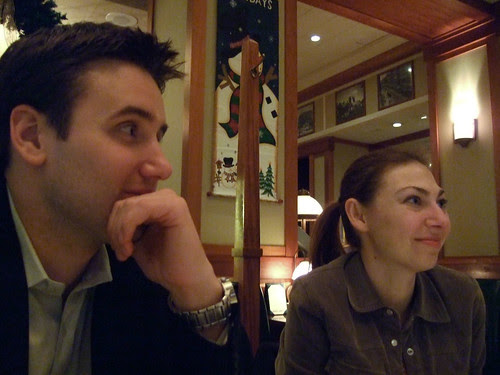 And oh, look: It's Frank Gruber
Thanks to Aaron Brazell of b5media for picking up the dinner tab: 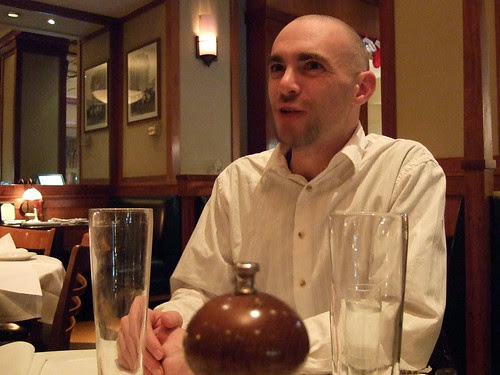 There are a few more pics in my set -- see more from Jared Goralnick's Flickr set: Social Times Launch Party

I still do need to get some calling cards made up. Probably go the VistaPrint route like everyone else, but I have to figure out what to put on it. For my event registration, I'd put my initials, "JML," as my affiliation.

I find that the dynamic tension against self-imposed restraint usually generates focused creativity. I'm thinking Joelogon Media Labs (or is that too close to the, um, other Media Lab?)