Blogger Happy Hour and Social Panic at the Big Hunt

In the interests of reducing redundancy, I wasn't going to do a long, boring writeup of Friday's DC Blogger Happy Hour since there are already good ones out there (including Red's , where she also notes that I'm a fun person to talk to, so I got that going for me)... but, eh, who am I kidding?

In spite of my best half-hearted attempt to incite a little controversy and cross-pollination with the DC Farkers, I didn't actually find the Fark party.

I got to The Big Hunt (or, as I just started calling it, The Mike Hunt) at around 9.

Since I wasn't sure where folks would be (because I apparently didn't read I-66's entry very closely), I spent about 20 minutes alternating between standing around uncomfortably with my head on a swivel and walking back and forth between the two main rooms downstairs and down into the basement.

In the process, I managed to spill half of my Maredsous 8 up my sleeve trying to juggle it and my jacket (which I eventually stashed). I felt the verges of social panic and beads of flop sweat forming.

I eventually made it upstairs, turned the corner, and saw Velvet and a guy who turned out to be Home Improvement Ninja, so I was able to relax, though after that harrowing experience, I pretty much camped out with the bloggers for the rest of the evening.

(There was apparently a GW function in the basement, and I did wander over and hang a bit for a fellow's 40th birthday party in the upstairs room next door, but I gave up on finding the Farkers.) 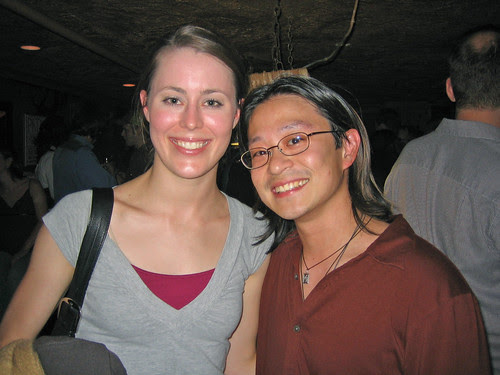 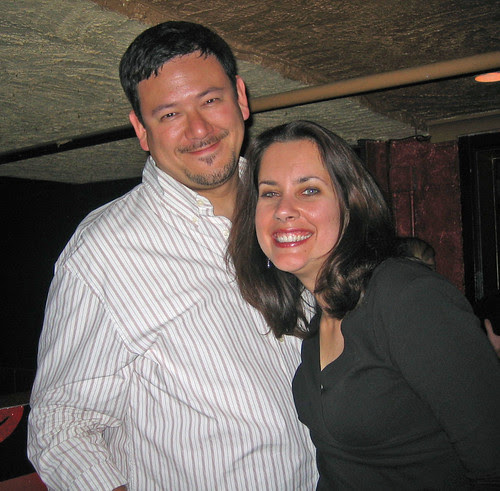 And later on I ran into Law-Rah and DC Pussycat Doll: 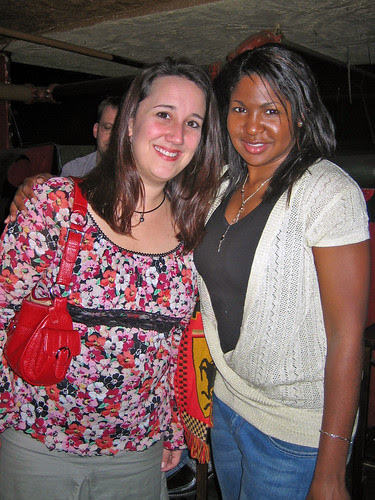 And then there was Red and her non-blogger friend Mrs. M: 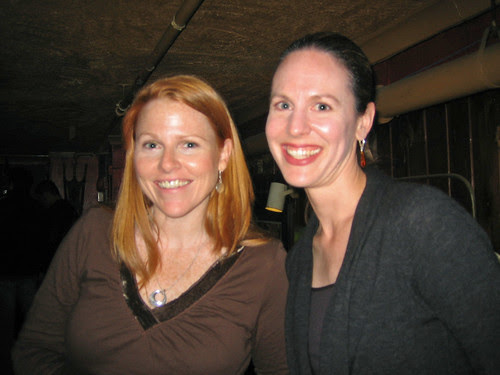 That was pretty much it for the photos, unless you like boots: What's up with the boots on ya feet?

As the evening went on, I talked to a bunch of folks and met (or in some cases, re-met) others including KassyK, Martin, Throwing Hammers, and KOB.

After a few drinks, I have a tendency to run off at the mouth, so I can only hope that I am as smooth, witty and articulate as I envision myself in my hazy post-event recollections (since I have only the vaguest idea of whatever the hell it is I was saying, and to whom I was saying it).

Anyway, I think I cut out at around midnight. At least, that's what the time stamps on my horrible Metro photos say (and dammit, I'm going to get an interesting shot of the underside of the new escalator canopies one of these days -- that just wasn't the day).

I don't recall why I left so early, though the fact that I can't remember means that it was probably a good time for me to go home. (I'm just impressed with myself for remembering my jacket.)

Sweet Jesus, that's an awful picture of me. Can you replace it with the photo of the walking stick insect instead? It's more photogenic. At least Fred looks good :-)

Looking forward to checking out your site and to hanging out in the furture.

Great to meet you-) Oh, and DCSC is full of it...she looks great in that picture!

The farkers had a small table downstairs with a backside of a coaster with FARK written on it (directly below the *other* half of upstairs) I ran into them briefly.

Great to meet you Joe! Thanks for the kind comments!

Law-rah: I agree, DCSportsChick is being nutty.

Great meeting you, all. -- Joe

Good to see you man, and thanks for reminding me how badly I gotta polish my boots.