Unreliable Adults and the 2006 Ford Mustang

Last Friday, I went down to North Carolina with my friend Pat. He drove his still-fairly new Mustang.

We left a little later than planned (my fault), and being a rainy Friday in front of the Columbus Day holiday weekend, we got caught on 95 South for about two hours.

Looking for something to do, I decided to read through the owner's manual to see if there was anything he needed to know about his car. 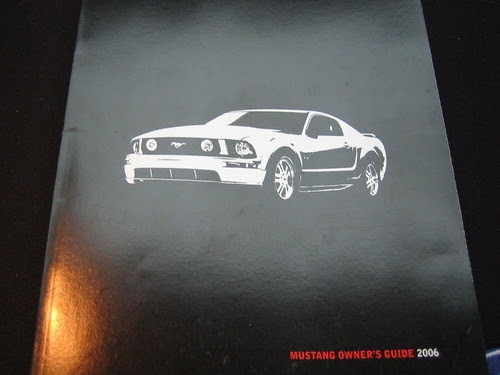 Now, my car is four years old, plus it's Japanese (though Mazda is technically a Ford brand), but I was still shocked at how different the manuals are.

For starters, there were about 20 pages just on the seat belts and air bags, including a two-page spread on page 94 refuting common excuses for not wearing seat belts: 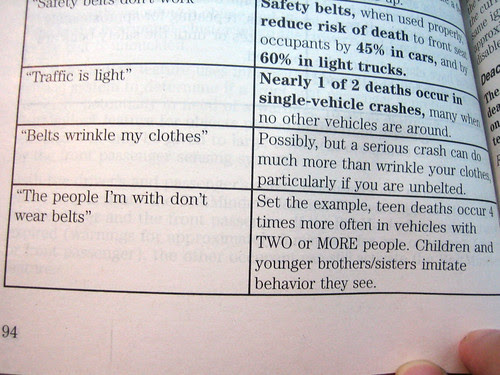 Possibly, but a serious crash can do much more than wrinkle your clothes, particularly if you are unbelted."

I felt like I was back in Driver's Ed class. 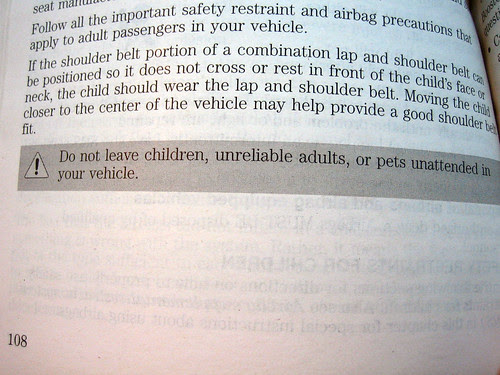 "Do not leave children, unreliable adults, or pets unattended in your vehicle."

On top of that, later there was a section specifically warning people on Antabuse (so, chronic alcoholics) not to spill fuel on themselves or inhale fuel vapors: 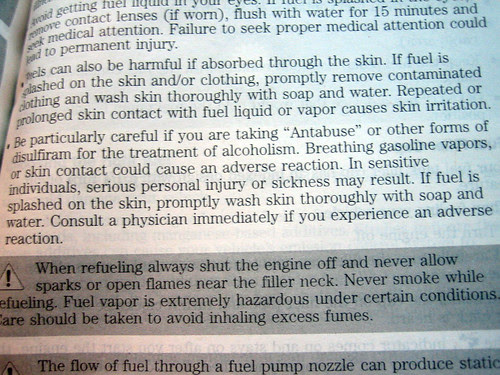 How come my owner's manual doesn't feature any warnings for chronic alcoholics?

Anyway, we eventually broke out of the trap and made it out of the state. Took about 7 hours, all told.

Oh, and here's a photo of Pat and his ride: 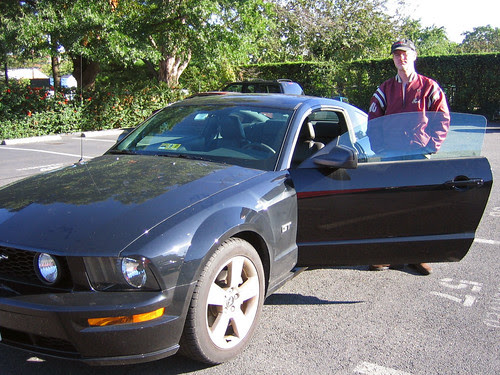