On Memorial Day, Remembering Those Who've Fallen in Sci-Fi's Wars

This being Memorial Day, after honoring our servicemembers who have died our nation's real wars, let's take a moment to remember those who've sacrificed their lives in adventures both honorable and futile during science fiction's military conflicts:

* The U.S. Colonial Marines who died on a rescue mission to the LV-426 colony. Hampered by poor intelligence, inexperienced leadership, inappropriate rules of engagement, and civilian interference, the entire unit was wiped out in close quarters hand-to-hand combat and also a thermonuclear explosion: 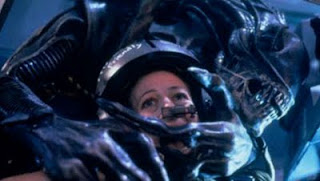 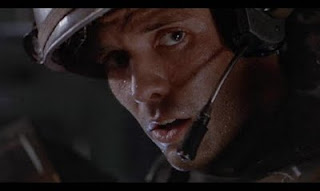 * United States Marine Corps Space Aviator Cavalry, 58th Squadron, "Wild Cards." May this unit of elite aviators/ground-pounding grunts (depends on the episode) rest in peace. Well, those who died -- it ended in a cliff hanger, it's hard to tell: 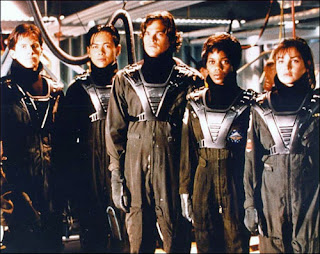 * The Black Knights of Marine Fighter Attack Squadron 314 (VMFA-314), vital in their role responding to, getting stomped by, and eventually repelling an alien invasion. Plus Randy Quaid. 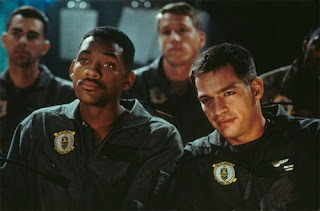 Harry Connick was a fighter pilot. He dies. Not much more needs to be said. [Independence Day (1996)]

* The U.S. Air Force's Stargate Command, for their tireless dedication in protecting the Earth from internal and external threats across a movie, like 3 different TV series, and some more movies, at least one of which was not direct-to-DVD. 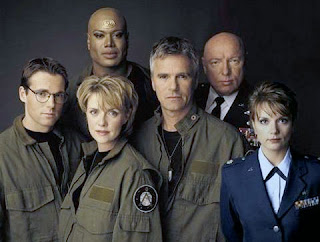 None of the characters on the left side died. Except for Daniel, who kind of did. For a while. Dr. Janet Frasier on the right died, and actor Don Davis, playing General Hammond, actually died, or as we like to say, "Went to the White Lodge." [Stargate SG-1 (1997)]

* The American Forces / Fuerzas Americanas, indoctrinated from birth to fight in many references to Blade Runner that went mostly unnoticed because not many people saw the movie. Sir. 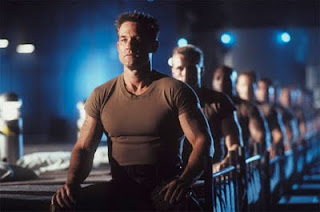 * Federation Mobile Infantry, which suffered massive casualties in the Bug War, with many of the survivors going on to die of sexual exhaustion in the co-ed showers. Would you like to know more? 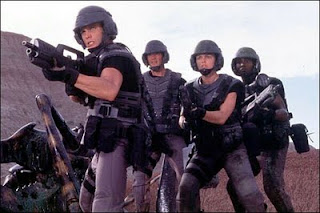 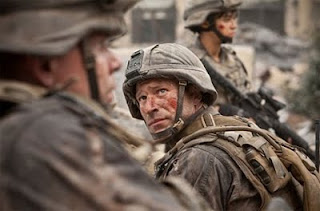 In summary, it seems like Marines get featured, and subsequently get killed in, a lot of sci-fi movies.

Any other suggestions? (including the movies and TV shows that I specifically left off the list, because they suck.)