I went back up to the homestead for Easter weekend. Because I am hellbound, I don't usually make the trek back, so I didn't realize that every Christian-minded person on the Eastern Seaboard makes the pilgrimage up/down I-95. I guess it wasn't too bad.

After a lazy Saturday at home and Sunday services, at Mom's suggestion, we went to NYC to get some Korean food and look at the pretty flowers (alas, Macy's was closed Easter Sunday).

We had Bul go ki: 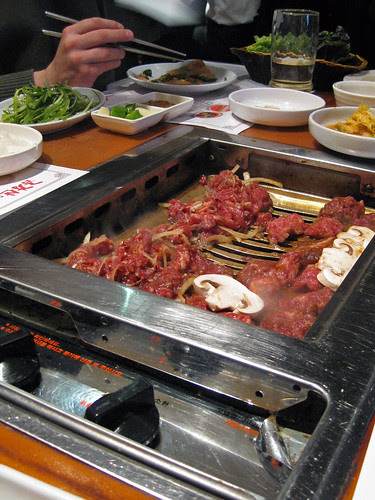 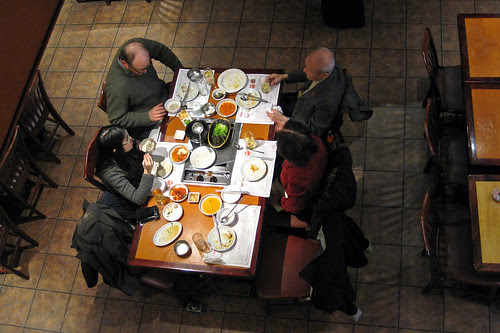 More photos, including random strangers, and Times Square, in the full set: Easter in Koreatown, 4/12/09.

The trip home was just slightly-below average. Gas in NJ was $1.89 (cash), about 15 cents cheaper than in Virginia, which is par for the course. I made it back in just over four hours, though as I twittered, 95 in Maryland sucked, enough so that I did the 695 swing-around, taking the Key Bridge (which is actually a pretty nice drive, especially if you like refineries).

The drive gave me a chance to catch up on a few NPR Music podcasts, including the Heartless Bastards show from NPR's SxSW concert podcast. I also listened to the Liz Phair 'Exile in Guyville' show from The Troubadour, which was okay, but I thought the accompanying interview was great.