On Saturday, I met up with new buddy Vinnie to check out the 2008 Smithsonian Folklife Festival on the Mall. It was hot (but not "DC in July" hot), and it was cloudy but didn't rain, which was nice.

I didn't take too many photos, but here they are: Smithsonian Folklife Festival and DC.

A few notables -- first, from Texas, a video of Guy Clark:
Guy Clark and Verlon Thompson singing Homegrown Tomatoes.
Then, over through Bhutan, where we saw that incense-making is a lot like working with a Play-Doh factory (except more grueling): 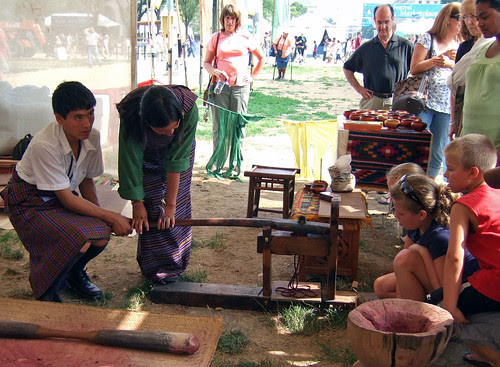 We watched a textile artisan weaving at the loom: 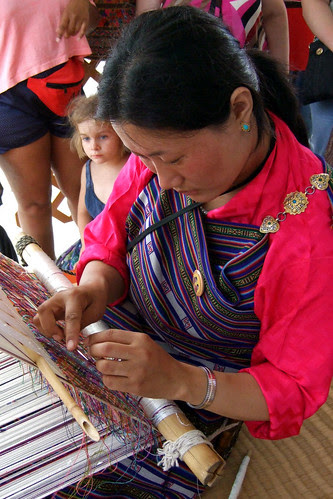 Though I was also interested in the action behind the loom: 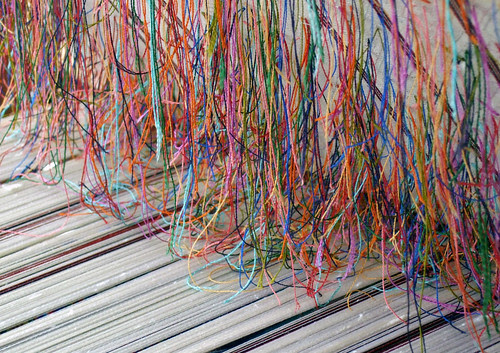 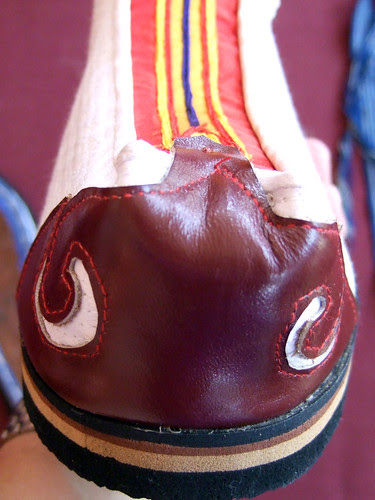 After the shoes, it was NASA's turn. Here's me trying to be clever with a shot of a model of the Ares 1 rocket and the Washington Monument: 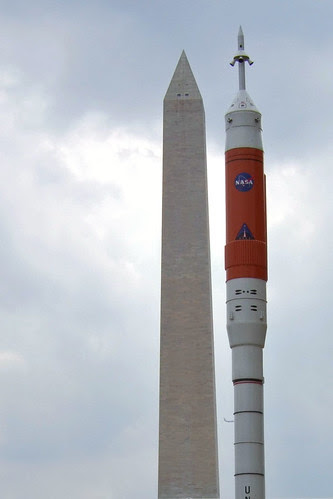 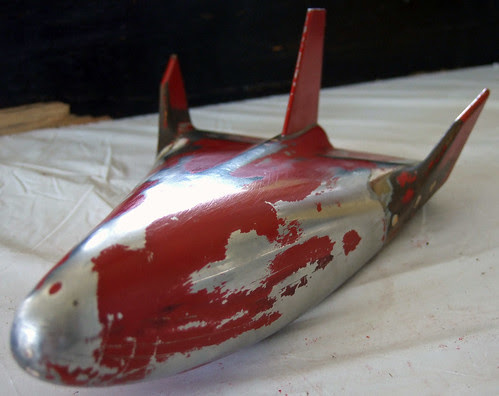 Afterwards, we headed up to Dupont Circle to grab a bite at Bistrot du Coin. I did not expect to see Anonymous parked in front of the Church of Scientology, though they seemed happy that someone knew who they were (in a manner of speaking): 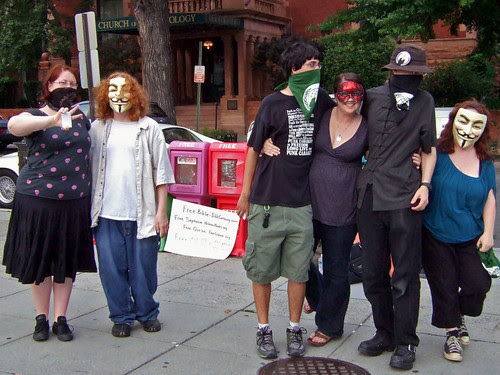 Anonymous, promoting their You Found the Card anti-Scientology Web site and this month's protest.
Then, after dinner, we did a little walking around and grabbed dessert in Georgetown.

So it was a pretty well-rounded DC afternoon (even if I did manage to lose a pair of new, albeit somewhat cheap, sunglasses, which disappeared under baffling circumstances).