My curiosity was piqued by this Popurls item: "Google Naps [photo]" -- it points to a Reuters photo gallery with this picture of a nap pod at Google HQ: 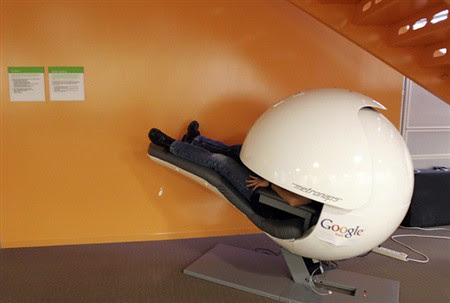 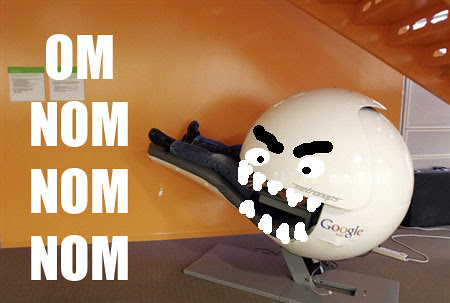 I would be surprised if the "EnergyPod" hadn't gotten the om nom nom nom treatment somewhere before.
Though after talking to Corey, I determined that a Pac-Man treatment was also in order: 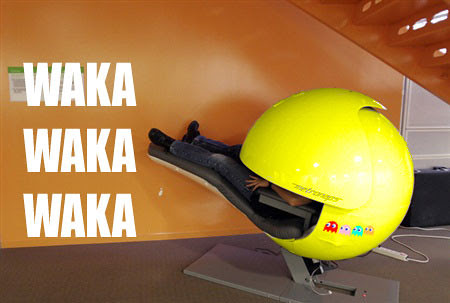 One thing that was surprisingly troubling for me:

How do you spell the Pac-Man eating noise?
"Wocka Wocka Wocka" is clearly the realm of Fozzie the Bear. So then it's a tossup between "Wakka Wakka Wakka" and "Waka Waka Waka."

Judging by Google search results, "Waka Waka Waka" seems to predominate, so I went with that (even though I associate "Waka" with WAKA).

We took a nap in the prototype in the Carnegie Mellon Library. Really relaxing, and didn't experience chewing...just soothing.

FYI, stumbling across this post via an image search was a small part of the inspiration for adding teeth to this nam pod in real life. Thought you'd enjoy:

Heh, Greg, that's awesome. Thanks for the heads-up. (Also, apparently the optimum nap length is 26 minutes.)