Okay, so I finally uploaded my photos from the Virgin Festival last weekend.

Here is my quick summary:

We drove up Saturday morning, doing the silly thing by following the directions from the site instead of cutting through Baltimore. So we got caught in traffic on 695, though that was mostly due to a multi-car accident. (Too bad about the Festival, kids: Careful driving saves lives and your concert-going experience.)

I suppose I could have gotten a picture. We were going slow enough. But if I did that, I would have also had to have taken a pic of a neat triple overpass we passed. Or any number of "Festival? Yeah, festival" cars that we saw.

Along the way, I was wondering how many people we'd see that we knew. Lon doubted we'd see any -- moments later, we passed someone we knew from the office bowling league.

Traffic slowed to a crawl as we got close to the racetrack (Northern Parkway), which was when we also saw Phil (and ended up giving he and his friend a ride after they ditched their car).

We found the parking lot mostly by accident (Lon had bought a parking pass), and walked on over while Wolfmother was playing (they were about the only band that I actively didn't want to see).

The security at the gate was perfunctory. We did also get to walk across the track, which was neat. (Did I stop to take a picture? No.)

(Incidentally, if they have the same setup again, it might be worth it to get a parking pass and just tailgate -- you could hear the main stage acts easily.)

The rest of the day was pretty much just ping-ponging between the main stage and the second stage. I ended up seeing most of:
* New Pornographers
* The Raconteurs
* Clap Your Hands Say Yeah
* Gnarls Barkley
* The Who
* The Flaming Lips

I don't remember if I saw any of The Killers' set.

Honestly, a bunch of the acts really didn't leave much of an impression on me. Outside of The Who, that is -- they rocked pretty damn hard: 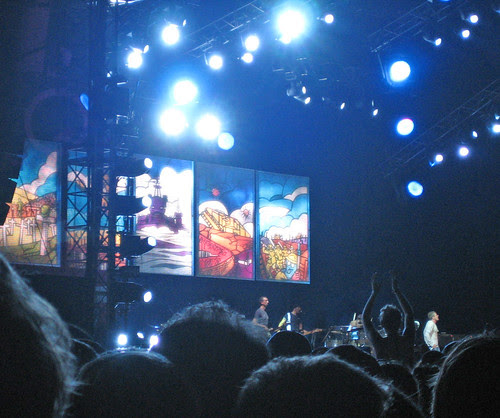 I didn't get a lot from some of the other bands. Not even the much-vaunted Gnarls Barkley. (Though to be honest, I had just a passing familiarity with a bunch of them -- I had to check the timestamps of the photos against the schedule to figure out who they were.)

And the Flaming Lips confused me -- are they a band, or a cult? 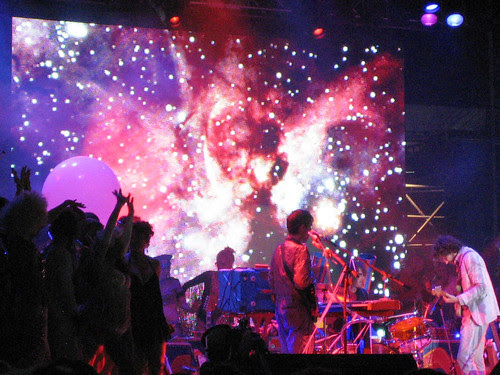 Interesting show, though. And by interesting, I mean utterly insane.

As always, some of the more interesting moments had nothing to do with the acts: 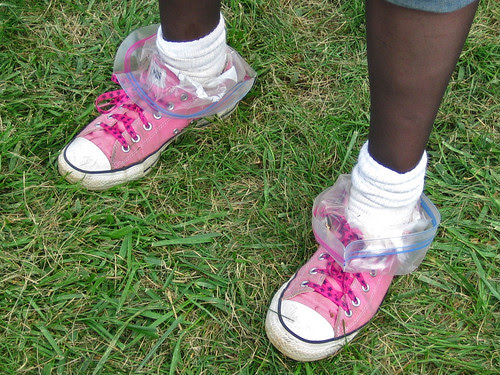 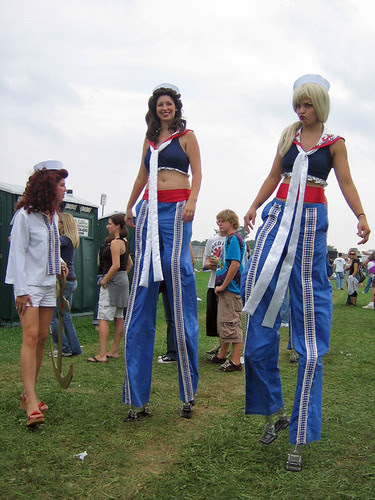 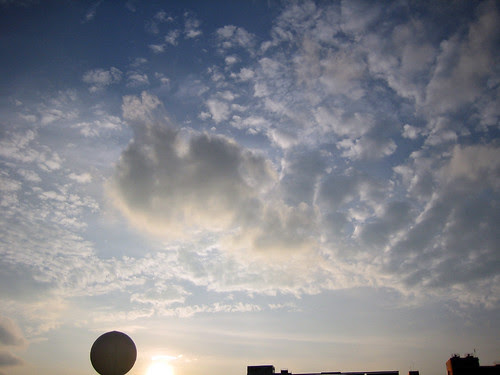 So, the concert was fun, even if I did lose one of my earplugs (hey, they're $12 per pair), forcing me to get standard orange foam plugs for the nutso markup of $3.

The beers were $8 for 24 oz, which was not outrageous.

I have a few video clips, but the quality is going to just be crap, so I might not put them up anywhere.

I think I passed through the DJ tent twice -- there was no one I really wanted to see, since I'd seen Carl Cox at Moby's Area2 concert a few years back -- (as with DJ Tiesto, though he was a no-show. Sick or some such.)

After the show, we dropped off the hotel-stayers to leave them to their trouble. We stopped at College Park, where after an impromptu driving tour of the campus, we got some slices at Ratsie's (which I thought was pretty good.)

Also, when did they start allowing children to go to college? Children, I tell ya.

So, that was my experience at the Virgin Festival.