The Ordinary Way at Jammin' Java

While I'm in photo catchup mode, here are my photos from this past Saturday night, when I met up with Ryan and Jenny to see Scott's band, The Ordinary Way, play at Jammin' Java in Vienna: 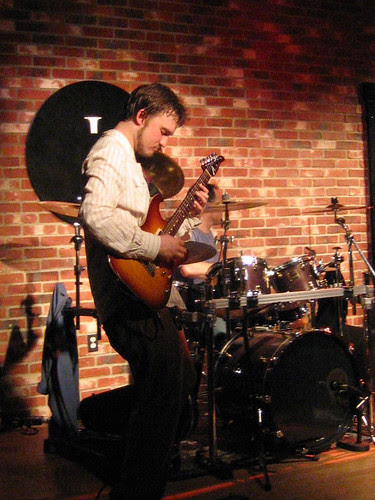 The stage lighting was red; I didn't use a flash, and all the band pics have a nice, warm tone to them -- I didn't fiddle with them very much.

Jammin' Java is a nice little venue -- I'd seen Over the Rhine there previously. It's all-ages, though, so the feeling that I was surrounded by mere children was not only intensified, it was accurate.

Also, Conor and Clodagh were there -- it was Conor's birthday, though we were not able to take full advantage of that situation.

Afterwards, we got to hang out in the band dressing room, where Jenny pretended that she was a rock star: 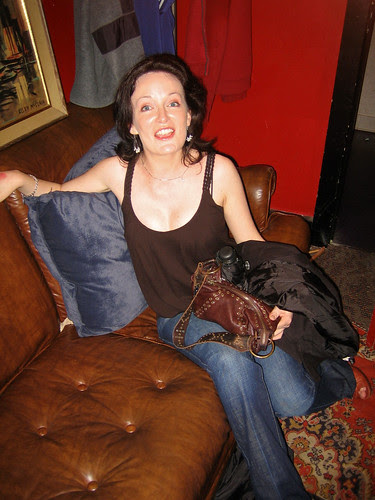 Oh, and during the show, there was an overenthusiastic dancer (which is one of the concertgoer archetypes), though I didn't manage to get any pics of him.

On a blog note, this template is starting to bug me, as the fixed width center column is really limiting my ability to highlight photos (that is, without having to cut versions specficially for the blog) -- also, the lack of built-in tagging is irritating me.

I get the sense that a change of platforms is getting closer.