The Birthday Party That Was

So I finally put mine and Adam's shared birthday party photos up on Flickr: 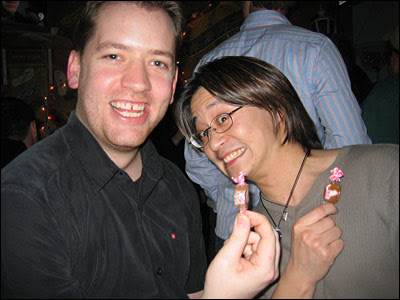 (I don't want to hear any lip about taking two-and-a-half weeks to put them up, as I know for a fact that there were at least two other cameras present, and we haven't seen pixel one out of either of them yet.) 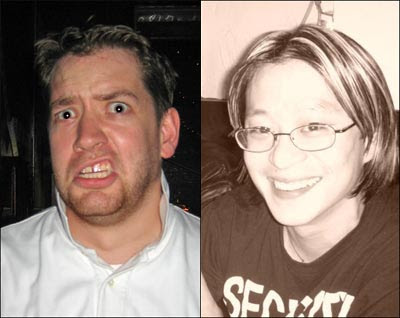 As I note in the description (verbatim, as it happens), this is the photo I used for the Evite. One of the advantages to creating the invitation was that I got to pick the photos.

Adam's pic is from one of my infamous Galaxy Hut albums. Mine was taken by Tinny during a visit back to New York. (I don't use it that much -- it's only my Flickr, Technorati and Blogger profile photo.)

Anyway, we were at Clare and Don's Beach Shack on a Saturday night, so there was karaoke. I recall doing Modern English's 'Melt With You', and being accompanied by Dave and Adam. I don't remember how I was doing, but I am sure my performance benefitted from the assistance.

Adam did a couple of songs, including 'Thunder Road', which I have video of that I will have to put up (though probably not on YouTube -- I don't think the world is ready): 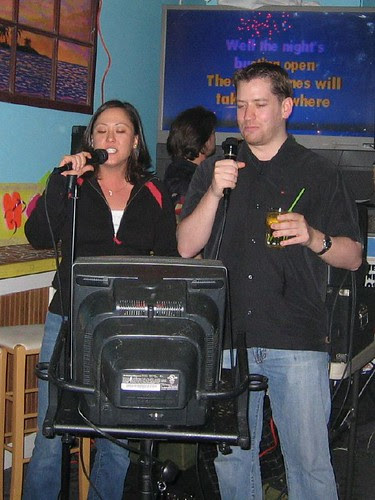 Other than that, I'm not going to rehash my lovingly hand-crafted descriptions, so check out the set if you are so inclined.

Well, okay, there was one interesting picture from the walk over to brunch the next morning (oogh): 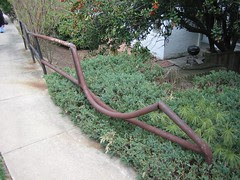 It's a handrail that has seen better days. But then again, haven't we all.