January 1, 2000: For the survivors of Y2K (that is, everyone), we went with a newsy lineup, featuring a photo gallery of New Year's celebrations (leading in the promo spot with a wire service pic of fireworks going off behind the Washington Monument; even in this crappy scan of a printout, you can see the scaffolding from the restoration); more news, and free e-cards: 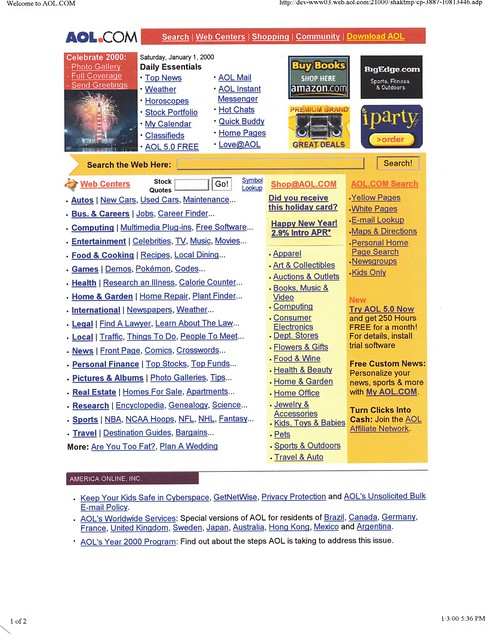 January also marks the nearing of the end of this feature, since it looks like I stopped taking screenshots on January 12. I will continue until then.