December 31, 1999: For New Year's Eve, I was able to work in a Steely Dan reference (well, Steely Dan adjacent -- Donald Fagen's "Century's End"). The promo was pre-scheduled, of course, and the promo blocks of the AOL.com home page weren't critical infrastructure, so I wasn't on call. If anything bad happened, for Y2K or anything else, I'd be in it just like everyone else. So, as I recall, I spent Y2K getting loaded at a friend's house party: 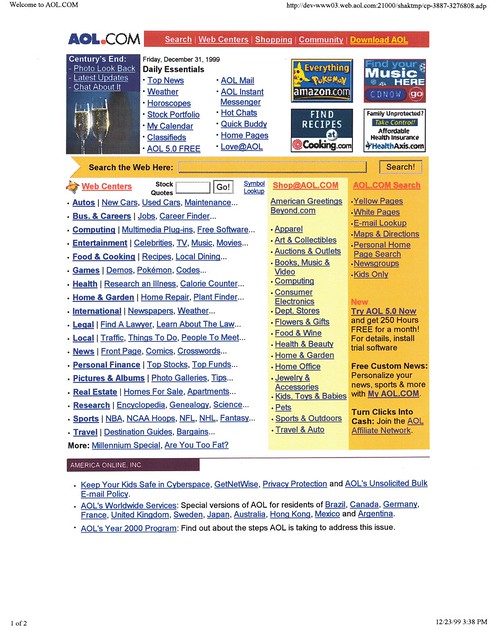 [Series note: In the late 1990s, I programmed the content for the AOL.com home page, which relaunched with a new design on July 14, 1998. I printed screencaps and saved them. 20 years later, I'm scanning them in and posting them with a little commentary under the tag #20YearsAgoOnAOLcom.]
Posted by Joelogon at 12/31/2019