(I still resent Dick's a little bit, since I thought Galyan's was better -- they were absorbed a few years back.)

While passing through the hunting supplies section, something caught my eye. Specifically, the deer attractants (bait, essentially) they had out.

Now, this isn't a screed against hunting or (sober, responsible) hunting culture. As a city slicker, I don't hunt, but I don't have a problem with those who do. It's more of a marketing screed, because the packaging is a pretty ridiculous. 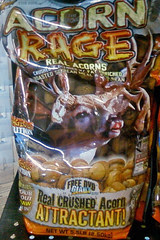 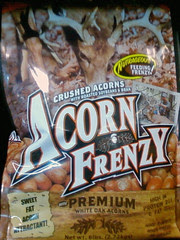 I particularly liked the nutritional information: "High in protein (22%) and fat (15%)." I expected to see an FDA daily recommended allowances label on the back.

Then, there was the Block Topper, the "Candy Coating for Deer Salt." Which makes it the kettle corn, only for deer: 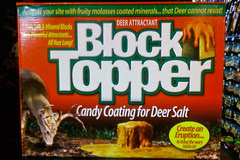 The pièce de la creme, though, had to be Deer Cane, which evidently used to be spelled "Deer Cain," but I guess they decided to go for, um, subtlety: 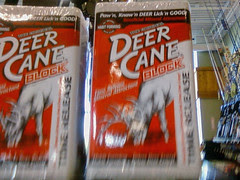 You can't see in my crappy cameraphone pic, but the graphic bug in the upper left says "Habit Forming."

And no, you don't lay it down in lines on the ground.

So, that's the Deer Nuts.

As to the Deez Nutz, here's a pic taken on the way home: 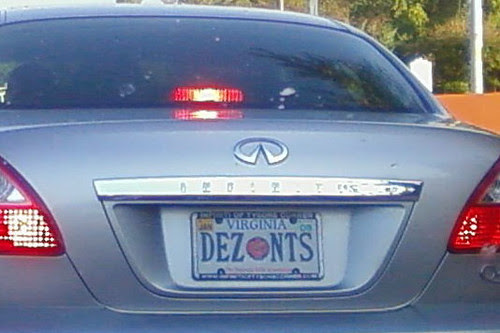