27 Jennifers, 7 Videos, and 83 Photos of Mike Doughty on a Stool

I went to see Mike Doughty play at the Birchmere a couple of weeks ago. I can't remember the last time I saw a show there -- I want to say that it was 10 years ago, for a Bill Bruford/Tony Levin show, but I can't believe that's true.

Anyway, I got there about 6:30, and was able to get a seat at a table right up front. So I got some good photos. Too many of them, probably; the bulk of them are interchangeable pics of Sr. Doughty sitting on a stool and looking at slips of paper (I have many fewer pics of cellist Mr. Andrew "Scrap" Livingston, because I was directly in front of him and the mike stand was generally in the way.) 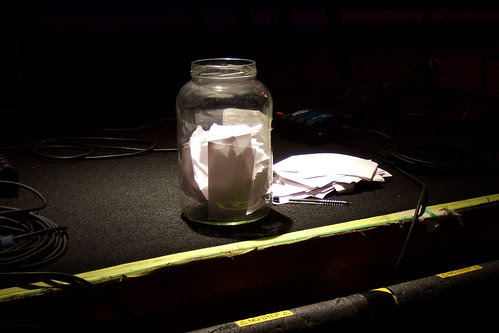 At first, I was unclear on the concept, but it goes like this: You put a question (no song requests, please) in the jar, and they answer it.

For example, here is Doughty answering my question, about what I should do if the activation of the Large Hadron Collider really was going to destroy the Earth:

Now, at a certain point, Mr. Doughty told us that he'd lost his green wallet, but as he did so, he thought to look under the blank Question Jar slips. And so it was found: 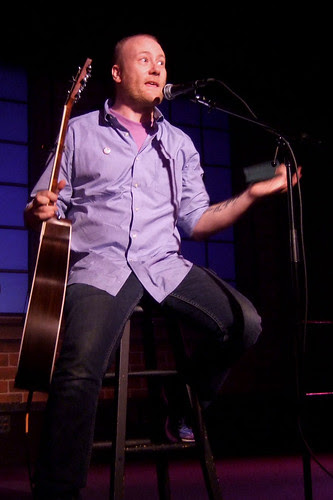 Here, Misters Doughty and Livingston recreate The Creation of Adam: 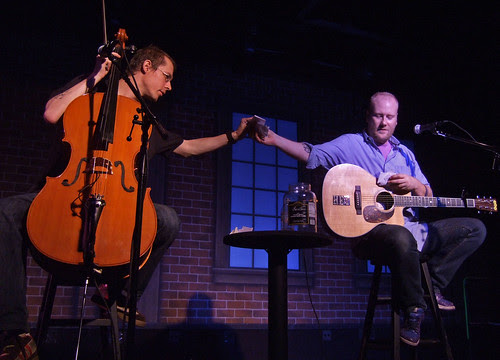 Some handling of questions and playing of guitar: 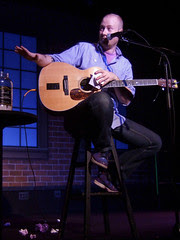 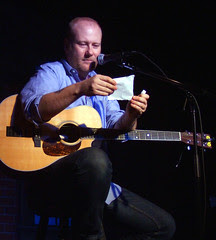 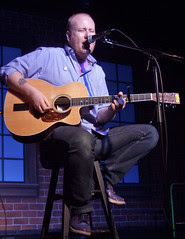 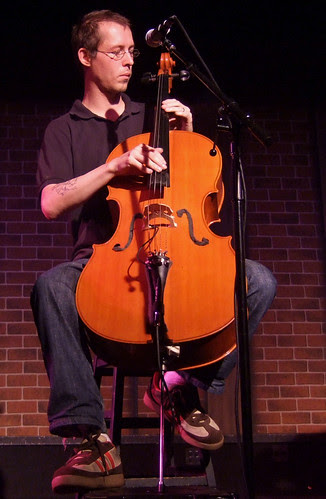 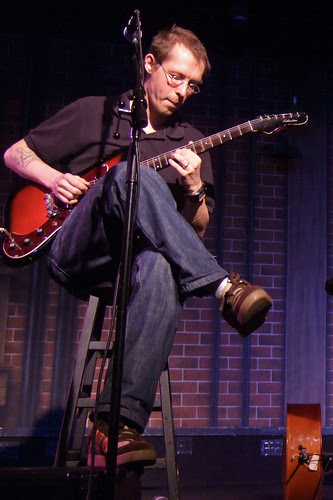 And then, the two pausing before the fake encore: 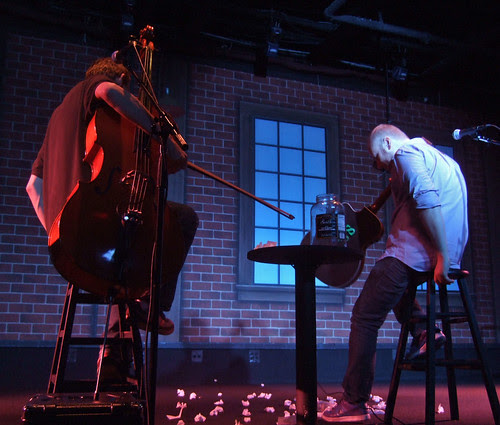 So it was a good show (even though I didn't get to hear His Truth is Marching On, which is one of my favorites.)

I have a couple of more short videos in the set.