The Weird Universe blog this week looked at the phenomenon of people tilting their heads in photographs.

There have been a few recent notable examples of this (by people famous for being famous [warning, audio], but the researchers found that head-tilting in pictures dates back to medieval paintings. They suggest that it's a submissive gesture:

This finding supports the idea that head canting is strongly connected with the expression of submission, appeasement, ingratiation, and request for protection... In contrast, in paintings portraying nobles, professionals, and artists, head canting was minimal or absent.

This is a little disconcerting, since I seem to recall tilting my head in, oh, one or two photos. Let's look at the photographic evidence from some of my Flickr pics -- here's me at the Vaynerchuk-Scoble event at 1223 in July: 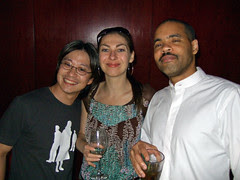 OK, maybe I'm just trying to snuggle up next to JC. How about a solo shot? (In formal wear, to boot): 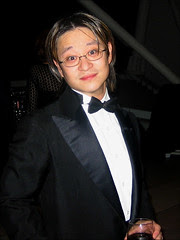 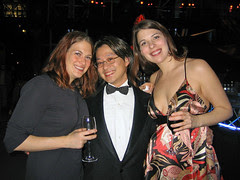 Getting laid off from that company: 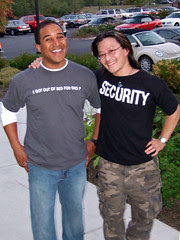 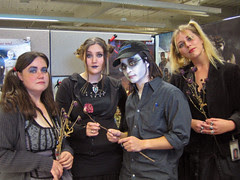 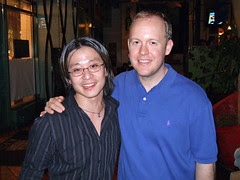 Next to the Wienermobile: 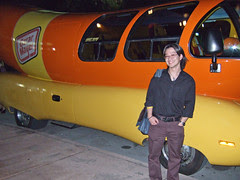 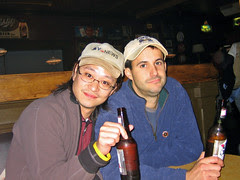 Next to someone wearing a hat: 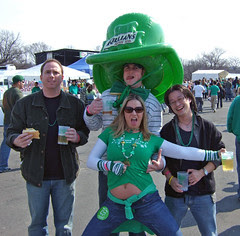 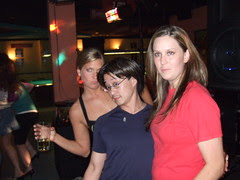 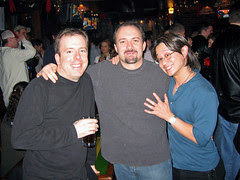 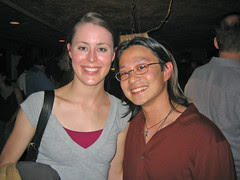 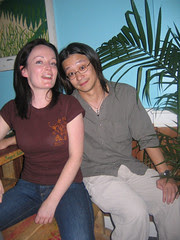 So, it appears that I'm a chronic, serial, unrepentant head-tilter.

(And this is just a small selection, with just the photos where I'm not explicitly trying to fit into the picture, or taking a photo of myself.)

Maybe I have an equilibrium problem (I note that alcohol is involved in most of these photos).

I wonder what the researchers have to say about Mouth-Open Girl.

My name is Regan, and I'm also a serial head-tilter. I like your closeness theory. I suspect I do it because my personal space bubble is so huge that I figure I look like I'm trying to distance myself from the person, no matter how hard I try to overcome. So, head tilt = "I actually like this person. Look. I'm putting my brain closer to them."

The vest with the big spikes on it doesn't help in that regard, does it? I'm just saying.

maybe it's because you are short :)

Erm, yes, I believe I covered that point.

Great post Joe. I'm not a header-tilter, I'm a chin-lifter. I started posing for pictures with my chin up after I heard it removes any shadows from under the eyes. Now I can't stop even though it looks ridiculous.

Well, I guess it would also reduce any stray chins one might have (and I'm not saying that one does), though it'd also make one permanently look as if one was challenging onlookers to take a swing at one's chin.