On Saturday, went to the Capitol City Carnival/Beer Festival at Bull Run Park in Centreville (right past the shooting center -- from the parking lot, you could hear the shotguns in the distance).

It was damned hot. Oh, and for 35 bucks a ticket (in advance), you would think that you'd get a 6oz commemorative tasting glass (like every other beer festival I've ever been to).

Instead, pint glasses were 5 bucks extra (2 for $8). If you didn't want a glass, they were serving each 4oz pour in little plastic cups. (Yay, lots and lots of plastic trash!) And if you did use your glass, relatively few brewers had rinse water (And note to those souls who used the water from the handwashing stations next to the port-a-potties: "Non-potable" does not mean "it doesn't move.")

I will have to do a comparison of various beer festival glasses and fill lines later on.

Anyway, the brewers were in a single arc, grouped by region, which was nice, especially since I like to start with beers I'm not familiar. 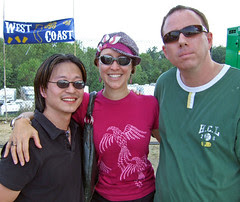 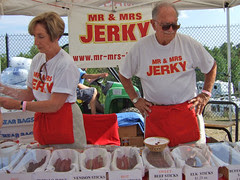 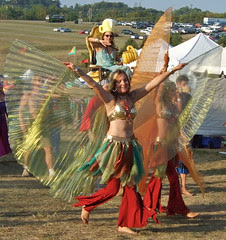 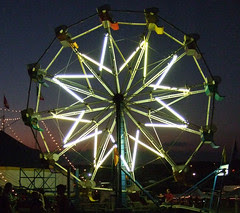 At 8:30pm, George Clinton and Parliament Funkadelic hit the stage. I eventually moved down to around 6 people back from the stage. George tended to step to the front of the stage (out of the light), but I got a few good shots: 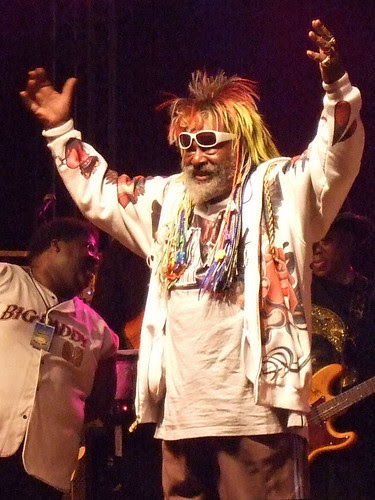 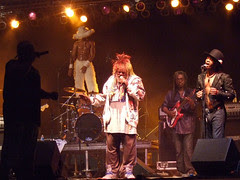 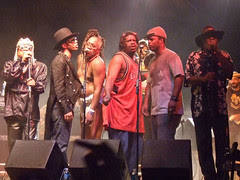 Also making appearances were James Clown, Garry "Star Child" Shider (the diaper man), a dancer who kept climbing the speakers, hoop dancers, random women pulled up onstage, and more. It was a darn good show. (See the rest of the pics here: George Clinton and Parliament Funkadelic at the Capitol City Carnival)

The way I'm going to look at the ticket price was that it was a P-Funk concert with free admission to a beer tasting. And I didn't get to really see any of the sideshow acts or anything, but I did eat funnel cake (which I've managed to avoid for a few years).

Oh, and getting out of the park was pretty smooth sailing, though that may change if this gets more popular in coming years.