So I went to the inaugural TechCocktail DC (hosted by Frank Gruber and friends) at MX... MCX... Club 1223 in DC last week.

Thursday is my kickball night, so I ended up missing a game, but I figured it would be worth it. Plus, in all my years down here, I'd never been inside 1223 before (next door a bunch of times, getting empanadas, or at Lucky Bar getting turned away for wearing sneakers, sure), so I was doubly curious about the event.

It was a pretty standard (though well-attended) networking shindig. The usual suspects in the DC tech crowd were there: AOL (a sponsor), including a few folks from recent acquisition Relegence, Revolution Health (which is right across the street); blog search company Blogdigger; met a bunch of the Freewebs folks, too, though I was not particularly diligent about giving and receiving business cards.

I also didn't take too many pictures (at least, not of any consequence). What I have are on Flickr: 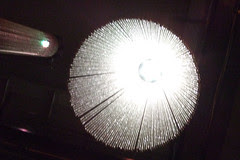 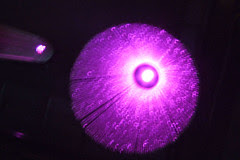 Yes, I was at a networking event, so naturally I took upskirt pictures of light fixtures.

There were also some statuesque torsos in the hallway to the bathrooms: 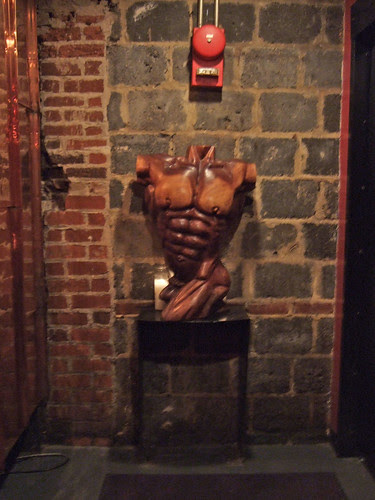 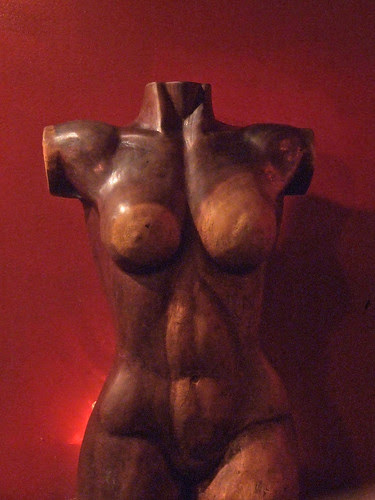 Okay, I did get one usable shot of people: Oh, and DC being a small town, and DC tech being an even smaller town, I ran into the DC Metblogs crew, including Wayan (frequent DC Metblogs and 60 Minutes contributor), who blogged about our encounter, complete with picture:

So, it was a good event -- they kicked us out around 10, and I made it back to catch the last bits of the kickball folks at Carpool.