I went to the Northern Virginia Fine Arts Festival today (though to be honest, if I'd known earlier that the Joint Service Open House Air Show was going on at this weekend at Andrews Air Force Base, I probably would have gone to that instead.)

It was really windy at times (which was fine for the wind-powered whirligig and kinetic sculpture folks, bit troubling for others, especially as tents threatened to blow over), but it was an otherwise nice day. I took a few photos: 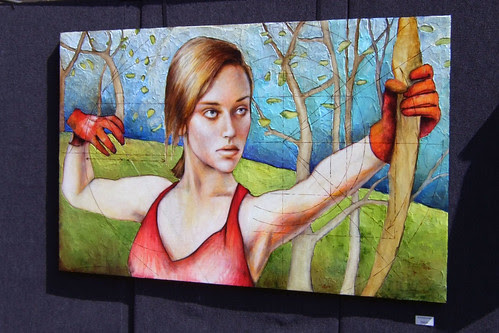 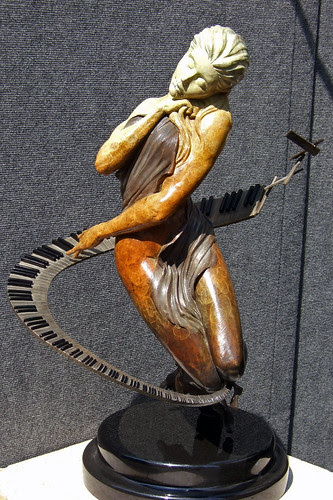 However, the most interesting photo was one I didn't get: Driving home on Baron Cameron, there was a Mustang convertible in the oncoming lane, probably only going about 30 mph, with hazard lights on and a full-sized sheet of plywood (at least 4'x8') and a few 2"x4"s propped up in the back seat.

Which meant that the plywood was sticking up into the air about 5 feet, like some gigantic spoiler. With nothing to tie it down to.

Of course, the driver and front-seat passenger were trying to hold it down (a la the guys you see with one arm sticking out the window, trying to hang on to a mattress tied to the roof).

It was pretty comical. I'm sure the long line of cars following them as they blocked the left lane (presumably from the Home Depot) also found it to be comical.