Have I Been Cool Hunted? You Better Hope Not.

Since I'm terminally uncool, this is a hypothetical, but Cool Hunter Street Team: Keep your stupid stickers off my stuff, you conspicuous-consumption, bleeding-edge, fashion-forward, cooler-than-thou hipster douchebags: 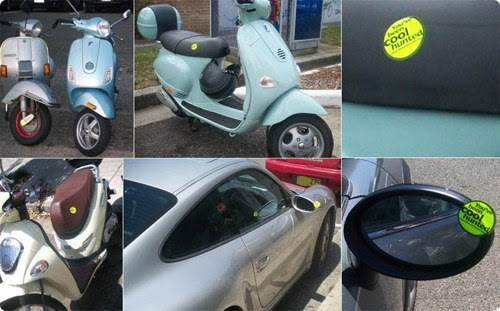 I swear, you start stickering my stuff as part of your stupid awareness-raising viral marketing campaigns, and I start channeling Francis "Psycho" Sawyer:

"...I don't like no one touching my stuff. So just keep your meathooks off. If I catch any of you guys in my stuff, I'll kill you..."

But if you ever start putting stickers on my stuff, things are going to get really hot and ugly, because the volatile liquids that are usually used to remove adhesive residue are very, very flammable.

Well, you're the one doing technorati searches on thecoolhunter.net, I guess you should know, eh?

Perhaps these goons have stock in Goo Gone. Look it up if these peckerwoods defile your crap... I would freakin SNAP...LOOOOOSE IT!!!!!