Show Report: The Raveonettes at the Rock and Roll Hotel, 3/16/07 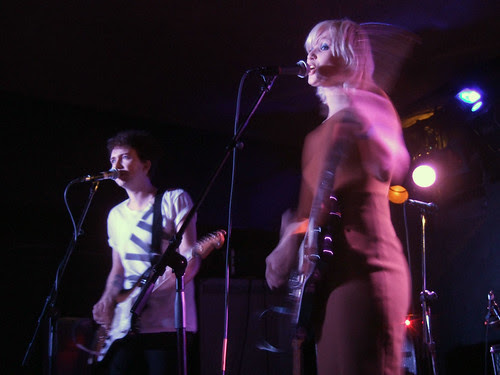 Last Friday, I went to see The Raveonettes at the Rock and Roll Hotel (and I have to thank either Brightest Young Things or Pandahead, since I didn't know about the show until I saw an entry about it in the DC Blogs Live feed).

Getting There = Significantly Less Than Half the Fun
This was my first time going to Rock and Roll Hotel, and I almost didn't make it. I got a super late start in, and I misplaced the directions at least 3 times. (Apparently, putting them in my pocket instead of my laptop bag -- which then went into the trunk -- was too difficult a concept to grasp.)

Then, I hit a snag following the directions from the site (E St NW, Left on 17th St NW, Right on H St), because police cars were blocking the intersections where I needed to go.

I parked and looked around -- I finally figured out why: The damn communist hippie antiwar protesters were gathered around the White House. And they were going to make me miss the show.

Eventually, between the suggestions of a helpful MPD motorcycle cop and the compass on my mirror (head northeast), I got to the club at around 11pm. I'd already made it that far and

the ticket was paid for, so I figured I'd catch the tail end of the show from the back of the room.

The club feels very much like the Black Cat, especially with all the yutes running around (it's all-ages). So I was pretty much surrounded by children (literal and actual).

I was able to snake my way up to the front and squeezed up against the right speaker stack, so I was able to rest my camera on the monitor (which is why most of my photos are angled up slightly). 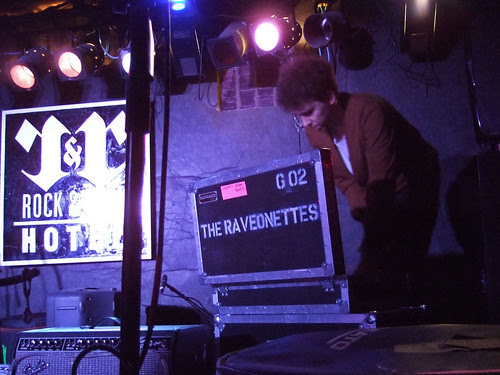 Now, I had a 50-50 shot, but I just happened to pick the side closest to Sharin Foo, who is hot. She's got the Danish thing going, of course, and has great gams (see how most of my photos are oriented portrait-style? That was a choice.) And her last name is "Foo." Score. 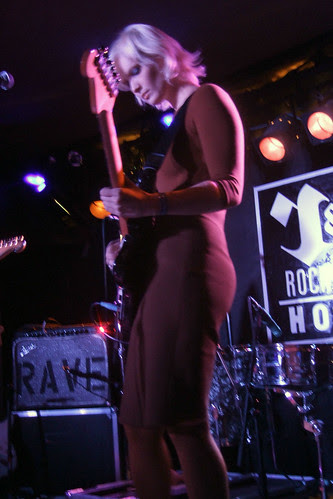 Anyway, because I couldn't move, all the photos pretty much look like this. I took over a 100, (whittled down to 88 in the set), and these are probably the best of the bunch (damn rock stars won't stay still for a photo). 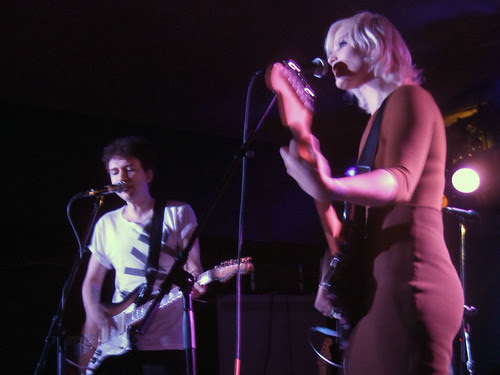 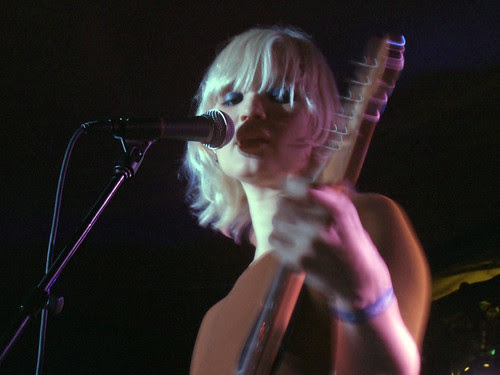 For some of the later shots, I tried the Auto ISO (1600) setting, and bumped down the exposure level a bit. Just playing around. 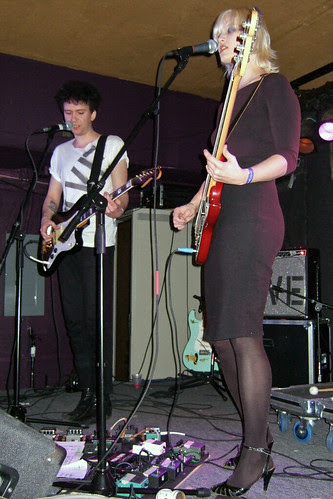 One of the few flash shots I tried. 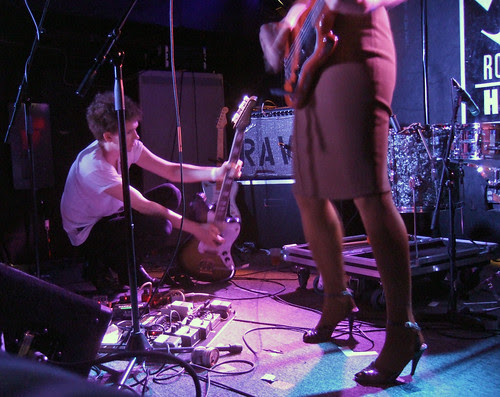 So, it was a good show. Afterwards, I skipped the "Sharin Foo & Sune Rose Wagner DJ Set" (the floor of which showcased some of the worst dancing I've ever seen), and went to the bar upstairs to look around.

An interesting space, though I'll have to try harder (and be less drunk) do get some decent pictures.

There was also a gaggle of Gallaudet students (I'd noticed the stage manager downstairs using ASL to talk to the sound tech during setup, which seems like a useful club talent) and various other flavors of young hipster. I hung out for a bit, then left around 2am.