I Forgot My Layoff Anniversary

I'd remembered it was sometime in October, though by the time I checked, it had already passed.

It was kind of a big deal at the time. 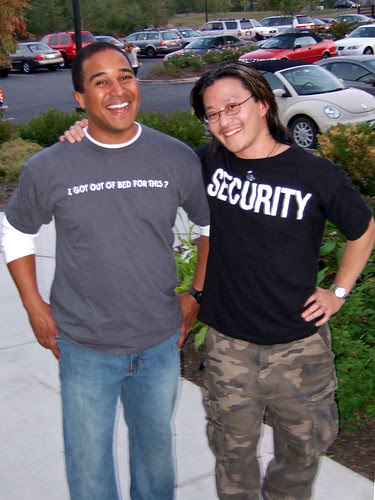 Layoff day, 2007.
It's still one of the more important milestones in my life. I revisited it in 2009, though in the intervening years, I find I don't think about it as much, nor do I know very much about the company any more.

I do, however, think about the people, as I still run into many former -- and even current employees -- in the area. And not just professionally: Random, everyday places, outside of reunion activities.

This month, it was John Keeling (still at Motley Fool) at the CVS, and then Lisa Namerow (now GM at AOL Music) at Harris Teeter.

Back in those days, I was kind of an accidental connector, mostly because I'd been around for a while. Especially in the heady stock option days, people would move around a lot internally, so after a while, you'd be pretty well networked through the company just by staying in the same place as people transferred around you.


Also back in those days, after people left AOL, they kind of reformed around a few companies -- Washington Post, Discovery or National Geographic. Nowadays, things are more fragmented (and a lot of my friends have pulled up stakes and moved), but it seems that companies folks are gravitating around are Perfect Sense Digital and AARP. K12, too.

But yeah, Layoff Day was important for a couple of years, and then you just kind of let it go. I wrote a little bit about mine at the ten year anniversary but haven't thought about it much since.

Hope your layoff was as good for you as it was for me. Seriously, it turned out to be one of the best things that ever happened to me. Didn't seem so at the particular moment, mind you. But definitely in retrospect.