I noticed this about a week or two ago, but the store next to Carpool Herndon -- the place where the Dunkin' Donuts used to be -- appears to be out of business: 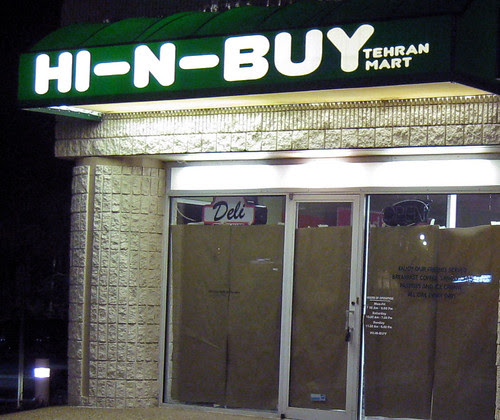 I hadn't ever been inside; it was called the HI-N-BUY Tehran Mart, and it lasted for almost precisely a year.

As to why it went under? I have no specific knowledge, but would suggest three contributing factors:
I await the replacement tenant. Perhaps a "Pyongyang Mart."