Doing a Drive-By on the Rally for Sanity

I didn't attend the Rally for Sanity and/or Fear on Saturday. The dumb thing is that I drove into DC, circled aimlessly looking for parking up all around the Mall, Independence, and Capitol Hill, got jammed up by street closures a few times, then gave up and left.

I'd gotten a late start on the day (hangover), and I heard that the Metro stations were jammed, so I decided to drive in: 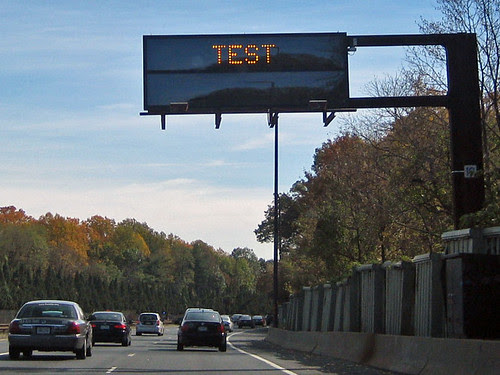 Test sign over I-66.
I was going to park at Rosslyn and walk over the bridge, but I couldn't find a spot with more than a 2-hour meter, so I kept going.

Next, I tried to be clever and park at Arlington Cemetery, but the lot closes at 6pm, which was no good. So I headed into DC, and after all that fruitless searching, went home.

Well, I didn't actually go home: First, I stopped by the US Air Force Memorial, which I've never seen in the daytime: 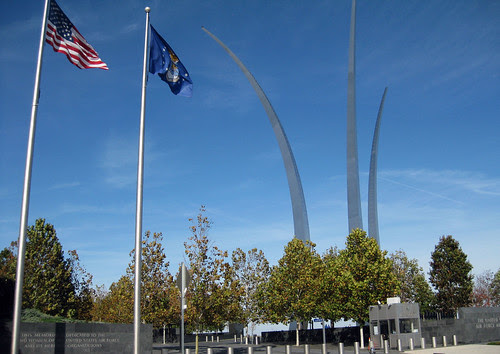 In the middle of all the standard shooting-looking-up-the-spires shots that everyone takes, a helicopter flew by: 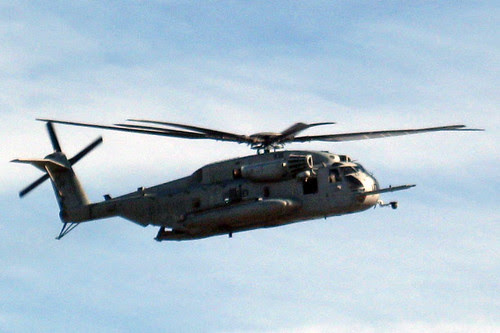 Oh, look, a shot looking up a spire. The monument is very metallic (depending how much Photoshop you use): 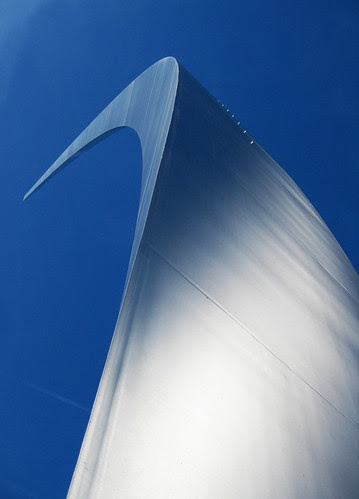 Then, I headed over to Gravelly Point, to watch the planes land. 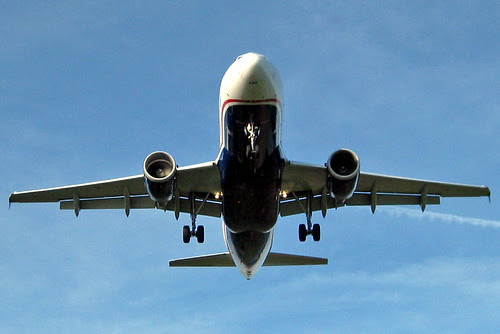 There was also a rugby game, which gave people something to watch in between planes (including one that had to abort the landing and go around for another pass): 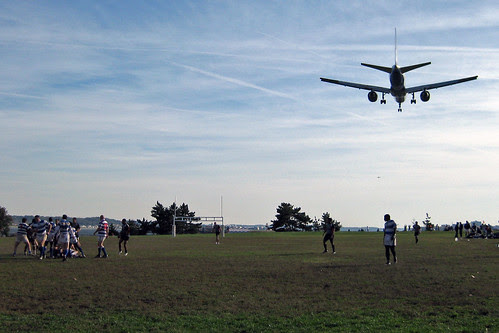 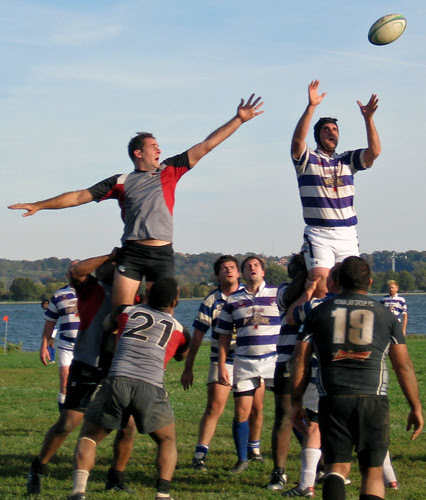 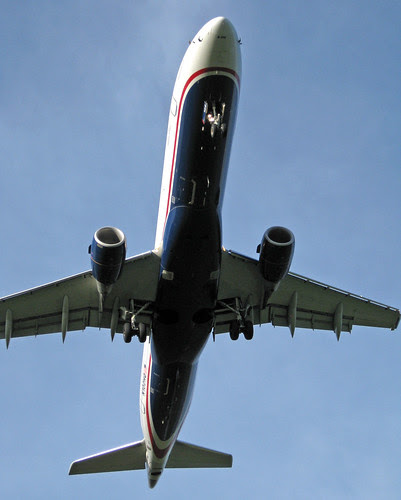 Anyway, that was Saturday afternoon.

The rest of the photos can be found here.