Two ongoing Mideast wars, the biggest economic crisis since the Great Depression, wildfires in Australia, Israeli election uncertainty, simmering crisis in Gaza, multiple nuclear proliferation threats, and the only thing the celebrity-minded simpletons out there can wrap their silly little heads around is a silly indiscretion by a 16-year-old pop star: 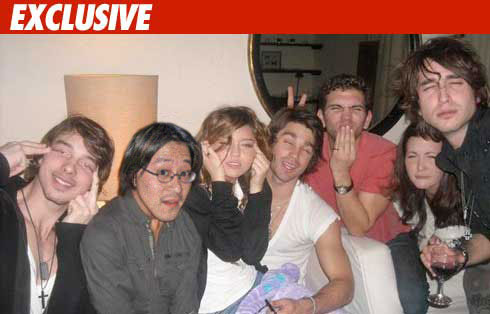 Friends of mine are stupid for doing almost exactly the same thing (though they were smart, because they are not celebrities), and I'm stupid for taking their picture: 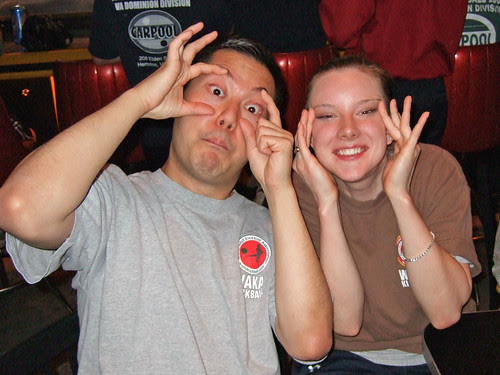 Are they bad people, because they are subverting stereotypes in a manner that could be seen as offensive? (This is a bad example, as they actually are bad people.)

This is the absolute only thing I'm going to say about this. Although, since I linked to TMZ.com multiple times here, I'd like to take this opportunity to share my simple (though non-comprehensive) two-question test to determine if you're a bad person:
If you answered "yes" to either of these two questions, then, yes, you are a bad person.

Hi, just saying hi (I'm new to DC, and joined the DC Blogger Meetup). I don't pay much attn to celeb news- my teen days are LONG gone. I think the conflict btwn Chris Brown and Rihanna is VERY serious; maybe now teens will beging to discuss dating violence w/ their peers/parents/etc.

Joe: Emma is from NYC, so she knows that Miley just blew her chance to book a gig at my old high school, Stuyvesant (60 percent Asian-American).

See you both at the Meetup.

Emma -- there's always the "teachable moment" aspect to any scandal, I guess.

great rant. why don't I read your blog more often!? I will.

Gi-Gi -- thank. And I see that you've moved on from wanting, needing, and having to reading, thinking, and feeling (and tumbling)