And now it can be told: Crostonfest

Actually, there's not that much to tell. Saturday was Crostonfest, a surprise thank-you in honor of DC tech scenester John Croston, held just before the DC Geeks Love Wine tasting event at nclud.

While we waited for John, there was Mario Kart: 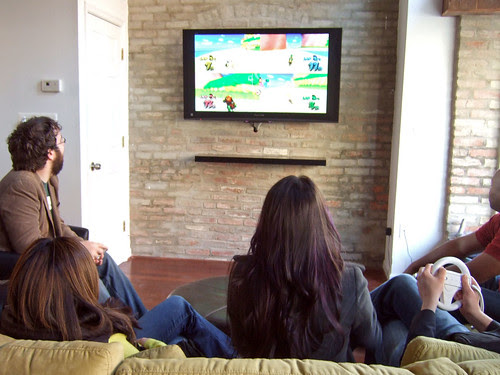 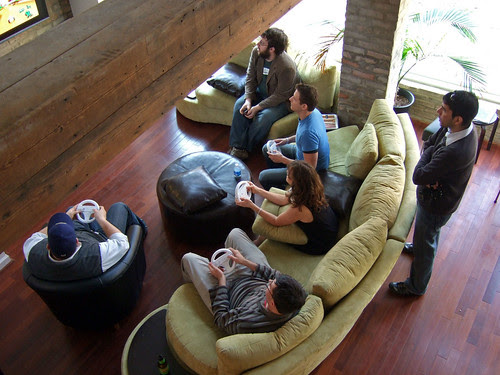 Oblivious to the passersby gawking.
And the man comes to town: 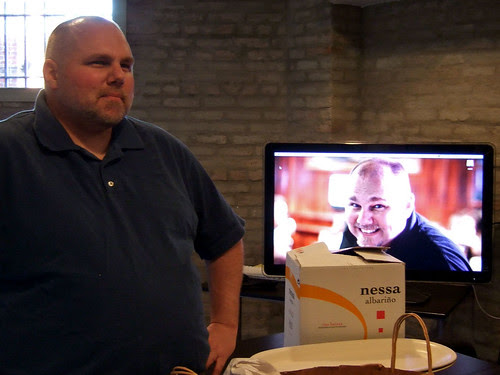 Not being much of a wine drinker, I did not stay. Instead, I hoofed it over to Amsterdam Falafelshop to grab a bite: 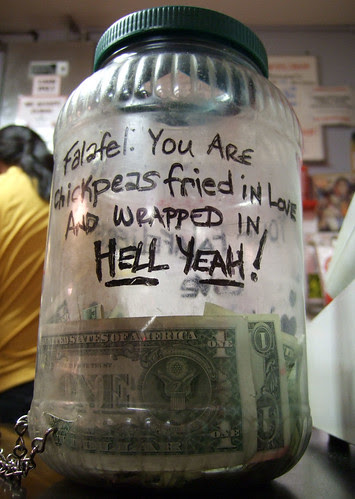 "Falafel: You are chickpeas fried in Love and wrapped in HELL YEAH!"
On the way back, here's a traffic light control box on 19th Street: 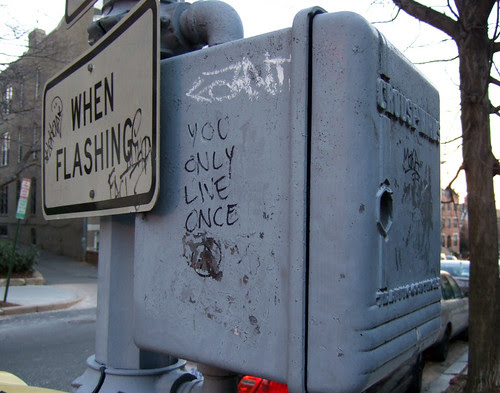 When Flashing (You only live once)
On a photo note, I've started carrying my Fujifilm Finebix F30 again, since it has an Aperture Priority setting and I want to get a little depth-of-field in my photos (though I still don't want to spring for a DSLR).

This is after I've installed CHDK (add-on firmware that unlocks features on Canon point-and-shoots) on my Canon Powershot SD1100 -- it's somewhat cumbersome, though playing around with manual focus and aperture override might still be useful.

The downside, of course, is my F30 is bigger, heavier, and pretty beat up -- the case is dented and has a visible gap from being dropped so many times, and the shutter button sticks sometimes.

Afterwards, I had some time to kill before going to Ragtime to see Scott's band, so I went to work out at the still-shiny-new Fitness First in Arlington (on North Courthouse, coincidentally across the street from Ragtime) -- despite being a somewhat half-assed workout, I was still pretty tired, but I managed to stay awake with the help of a chai tea latte.

I <3 the tip-jar slogan, but the CHAIN through the tip-jar is, well, jarring... Is that a common feature in your neck o' the woods?