My Dumb Is Your Gain: Feist CD Giveaway Winner

Last week, I announced a CD giveaway, because I'd bought a copy of Feist's Let It Die (even though I'd already owned it), and I wanted someone else to benefit from my dumb move (because stupid should hurt -- or at least cost).

Seven of you commented in the entry before the 11:59 PM cutoff date, and were eligible for the giveaway: Dan, Talking Budgie (E), Kanyixin (Kim), Anime Heart (Joanna), Susie, That Tatted Up Chick, and Push the Pull Door.

In the interests of transparency, and to prevent any accusations of favoritism (or stinginess, especially when it involves postage to exotic locales like Australia or Wisconsin), I decided to shoot the video of the robust and completely random selection process:

And here's a photo of the winning number: 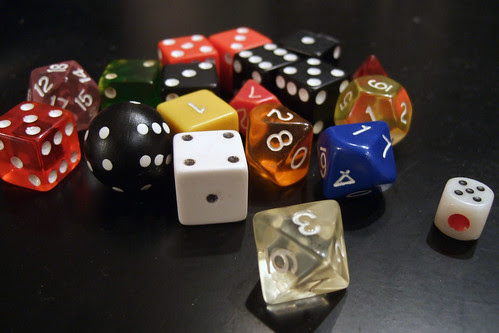 Congratulations to Kim -- I will send you your CD as soon as you tell me where to send it.

Now, I realize that the video doesn't actually prove anything, as I could have easily re-shot the video until I achieved the desired result. (Whatever that would be.) But if you think I would actually do that, maybe you should be spending your media cycles somewhere else.

(Incidentally, this is also the first real video I took using my poor man's steadycam, though I really just used it as a monopod.)

Thanks to all the commenters, and a special thank-you to Susie for giving me a plug in the TruTV Dumb as a Blog.

Also, glad our blog led to a flood of entries. Like, possibly one?

Will post an update with this. BTW, you kinda have a perfect DJ voice.

Thanks, Feb. Though I always thought I had a voice for print (nasal -- short vocal cords).

Oh my god! I'm so excited! No, seriously I am, I hardly ever win anything. I won a frozen turkey at a basketball shoot but I was the only female in my age group that tried. And I'm vegetarian. Yeah, I don't know why I entered.

Cool, this will be my first non-pirated media in 2 years, really.
:D

I have to say, after seeing the image of all those dice I thought you'd concocted some complex way of choosing, like you rolled ALL those dice and added them and then divided til you got to single digits or something. But your way is good too.

And you don't have a nasal voice, you're hearing wrong.
I'll send you my new address (sister's house, in NJ) via email.
You made an otherwise stressed & disappointed girl happy today.
:)

I can't believe I was just one number away from winning. Noooooo!

Yay! I got it! I got it! I got it a while back actually, but with the moving I haven't had easy access to email to let you know and say thank you. I currently have no computer.
:(
Thank you Joe!
When's the next contest? Hmm... you're inspiring me... I just may have a contest or giveaway of my own one day soon.