This Had to Be an April Fools Day Joke

I never liked April Fools Day. It encourages unfunny people to try to be funny. It never works.

This year, I had two strange episodes. Neither of them were pranks in the strict sense of the word, but I get the feeling that something was messing with me.

The first was getting an e-mail from the HR department of my former employer. It was about a soon-to-be-former employee getting his official separation date pushed back a few months. This was kind of odd, as I've been out for two-and-a-half years, and I didn't do HR stuff, anyway. As soon as I figured out it wasn't a joke or a phishing attempt, I busted out laughing.

Apparently, I'd corresponded with this person after my own layoff, and I guess my address was still in the address book, and autocomplete took care of the rest. Which explained why a joelogon.com address there sitting there in the middle of a string of corp addresses.

I got two mails before I was able to reply and tell them they should probably take me off the distro.

(Oh, and the mails didn't have one of those "if you're not the intended recipient of this mail, delete it immediately and shoot yourself in the head" disclaimer footers.)

The second episode involved a multimedia message from a phone number I didn't recognize. It is below: 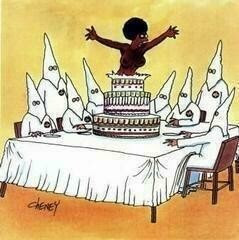 Oh shit!!!!!wrong party!!!
Apparently, enough people thought it was funny that it was forwarded 11 times. I'm reaaaaally hoping I didn't get it from someone I know.