* I got moved up in the batting order to third. To celebrate this fact, I kicked the ball with my left foot. This was not my intent; it's not my strong foot. In fact, not even my right foot is my strong foot, it's my less-weak foot. I popped it up for an easy out.

* While playing third, during a spectactularly botched series of fielding lapses, I managed to move myself out of position, to be forced to watch as 7 or 8 runners ran by.

* Also while playing third, threw a runner out (you're allowed to peg the runner). This was not, in and of itself dumb (in fact, it was a good toss, if I do say so myself) -- the dumbness comes in because I was yelling as I did it (and didn't realize it until afterwards).

Here is an actual game photo: 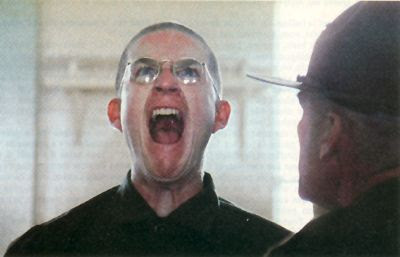 Needles to say, we lost the game.