Sweater Made in Non-Existent Country

I wore a sweater today. It has an odd, black-on-blue tiger stripe pattern that  always looks wrinkled, made worse because it's just a little too big and stretched out lumpily.

It's an ugly sweater, but only mildly so. It won't win any Ugly Sweater contests. It's acrylic, which makes it practically moth-proof and only slightly uncomfortable. I've had it a long time. 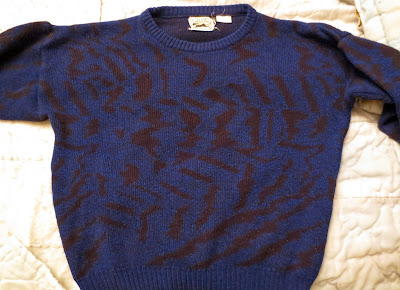 Look at the label:

Le Tigre* was a brand popular in the late 1980s. Positioned, perhaps, between Guess and Polo. Something you might find at a Chess King.

Also note that it is "Made in Yugoslavia," a country that disintegrated in 1991.

Here is my recreation of a 1980s-era portrait photo (the jeans are 1990s, and perpetually on the edge of the "donate/dispose" pile); put a sepia-filter on it and it probably wouldn't look out of place on Internet K-Hole [NSFW], though I never rocked a haircut like that (also the last one of 2013) back in the day. 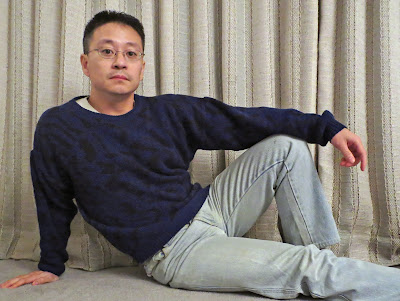 *This is not a Community reference.