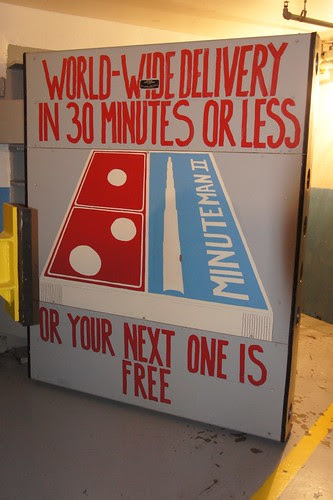 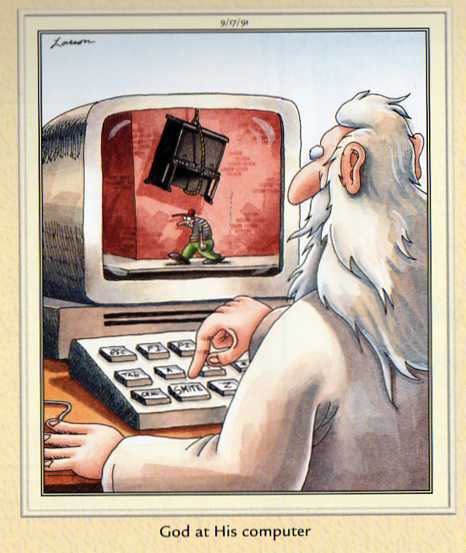 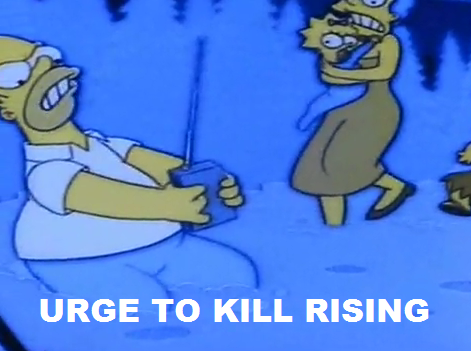 You don't really hear this argument any more.

In On Killing: The Psychological Cost of Learning to Kill in War and Society, Col. Dan Grossman, a U.S. Army psychologist, wrote that, no matter how much their lives are in peril, most soldiers won’t kill another human being.

The army had to research how to get them to do it, and found that a few principles apply – one of the most basic being distance from the target.

You feel less responsible for the effects of a bomb you drop from 30,000 feet than you do for a bullet you fire at a man you can see, so odds are higher that you’ll drop that bomb than that you’ll fire that bullet.

And what happens when our enemies can’t attack us via any conventional means? They attack via unconventional means. I’d hate to argue that there is some necessary ritual bloodletting in two countries sending young men to kill one another at close range, but I wonder about that, sometimes.

It makes the cost of killing high, so it’s only worth the risk to us if our reasons are good. Lower the cost, and the reasons can decay. Which won’t make people on the other side of the world hate us any less…it’ll only give them fuel…and the only way they can reach us becomes terrorism.

Of course, the logical extreme of that argument is “back to stone tools for warfare for everyone!” I’ve got friends in uniform, so….no.

Still, I’m not sure I’m comfortable with the smite button. Beyond the very logical reasons it's a geopolitical mistake, there's something too godlike about it...and, looking back at American history, we haven't had a tendency to elect people whose judgment I'd trust with godlike powers.

Very good points. I touched on similar topics about killing from a distance in my Goodreads review of Haldeman's Forever Peace.

Re: necessary bloodletting -- I think the introduction of repeating firearms has raised the human costs of such rituals from mostly symbolic, to unsustainable. Especially when the rationale is "win at all costs" vs. "satisfying honor."